Features on each member of the 1990 Burlington Braves, single-A affiliate of the Atlanta Braves. Players featured are as included in that year's team set. Click on the player's name to read more. 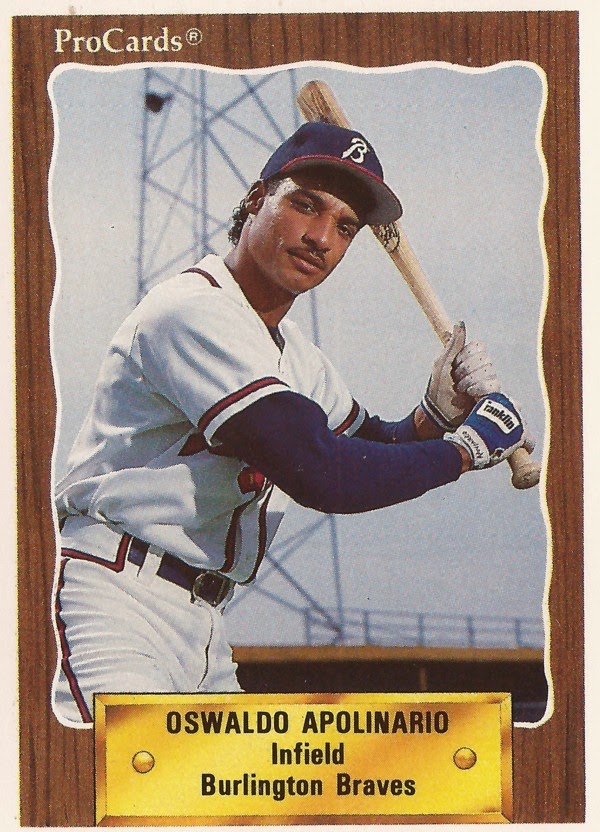 1 - Ozzie Apolinario, Helped Fuel
Ozzie Apolinario started hitting in the Gulf Coast League. He couldn't keep it up at single-A.
2 - Tony Baldwin, Lifetime Goal
Tony Baldwin worked toward his lifetime goal while juggling playing and family. He never achieved his goal of the majors.
3 - Daryl Blanks, Main Goal
Daryl Blanks coached youth ball in the Northeast. He came out of the Northeast to turn pro, played three seasons.
4 - Pedro Borbon, Established Himself
Pedro Borbon followed his father to the majors, came back from injury to become a major league regular.
5 - Tom Bruck, Pitching Leader
Tom Bruck had a successful season for the Temple Owls. He played just two seasons as a pro.
6- Rod Byerly, Needed It
Rod Byerly gave his college team the performance it needed. He later played three seasons as a pro.
7- Jeff Calderone, Pitch Inside
Jeff Calderone had a brief career in the minors, but a long career in Europe.
8 - Ramon Caraballo, To Practice
Ramon Caraballo learned the language, then made the majors in two seasons.
9 - Jeff Clark, Legged Out
Jeff Clark's infield single ended no-hit bid in rookie ball. Played four seasons, never made AA.
10 - Roberto DeLeon, Broken Finger
Roberto DeLeon made single-A playing baseball, broke his finger and ended his career playing basketball.
11 - Glen Gardner, Aggressive Hitter
Glen Gardner was a legend on the Rutgers field. He later returned to school as a coach and director.
12 - Gil Garrido, Can't Wait
Gil Garrido got called and he was ready. He played in seven major league seasons, had a brief career as a coach. 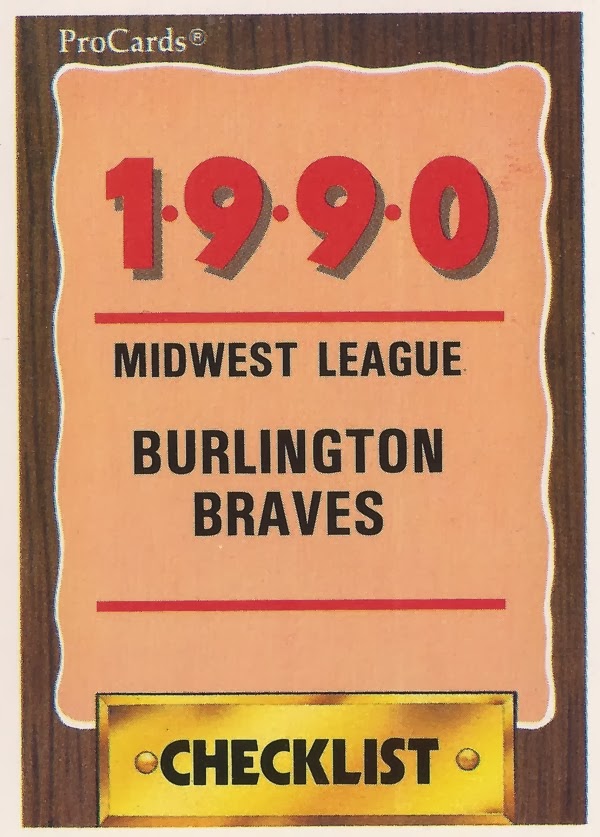 13 - Tim Gillis, Got Two
Tim Gillis wanted at least one RBI. He got two, and won the game. Played five seasons, never made AAA.
14 - Scott Grove, Good Movement
Scott Grove got good movement on the ball. In six seasons, he never made the majors.
15 - Greg Harper, Two Runners
Caught two potential base stealers at single-A. Never made AA.
16 - Kevin Kelly, Costly Losses
Kevin Kelly picked up two losses for single-A Sumter in 1989. He played three seasons as a pro.
17 - Gene Lane, Good Health
Served as a trainer in both baseball and golf.
18 - Javy Lopez, Happiest Man
Javy Lopez was the 'happiest man' after a rookie home run. He hit 260 in his career with the Braves and Orioles.
19 - Dickey Marze, Pegged As
Dickey Marze played just two seasons as a pro. His son has bettered those numbers.
20 - Brent McCoy, Game MVP
Brent McCoy was the MVP of a rookie league game. He played four seasons as a pro, never made AA. 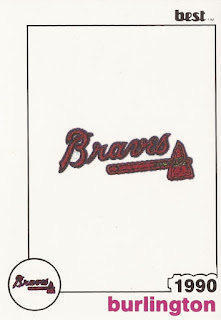 21 - Matt Murray, Just Incredible
Matt Murray came back after elbow surgery to make the majors for a total of six outings.
22 - Dave Reis, Bailed Out
Dave Reis got bailed out in rookie league game. He pitched three seasons as a pro.
23 - Paulo Reis, For Everything
Paulo Reis impressed his single-A manager, played four seasons as pro, never made AA.
24 - Darren Ritter, Didn't Relinquish
Darren Ritter got an early lead in rookie league game, held it. Played five seasons, never made AAA.
25 - Walter Roy, Rookie Roommate
Walter Roy helped his teammate and roommate Javy Lopez. Played just two seasons as pro.
26 - Jim Saul, Every Opportunity
Jim Saul knew his players came first. He had to give them chance to succeed or fail.
27 - Randy Simmons, One Night
Randy Simmons hit 13 home runs at single-A in 1989. Two of them came in one night.
28 - Steve Swail, Signed As
Steve Swail later signed free agents. Earlier, he was a free agent himself. Played six seasons, never made the bigs.
29 - Tony Valle, Hard Thrower
Tony Valle was a hard thrower, but he couldn't translate that to long career. Played two seasons.
30 - Eddie Watt, Played There
Eddie Watt almost quit before he made the bigs. Once he got there, he stayed for a decade.
31 - Phillip Wellman, Baseball Field
Phillip Wellman has spent three decades in the game. He gained notoriety for a single night as manager.
Posted by Steve78 at 1:00 PM