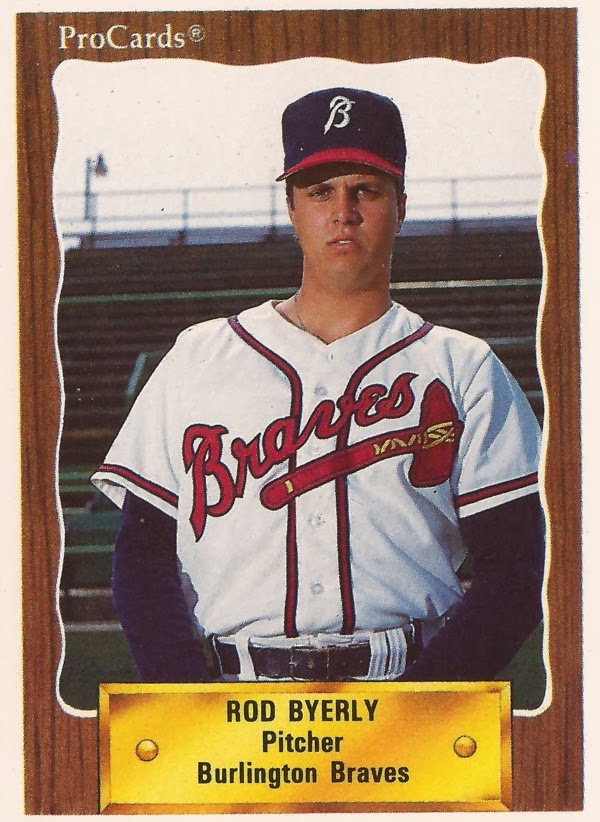 Rod Byerly gave up 13 hits for the Florida State Seminoles in this April 1988 contest, but his coach was satisfied with his outing.

That's because the Seminoles had a big lead, and some pitchers to rest.

"Byerly gave us the type of performance that we needed," FSU coach Mike Martin told The South Florida Sun-Sentinel. "We were able to rest our relievers, and we needed it."

Byerly's overall performance led to him turning pro later that year. His pro career, though, was brief, just three seasons. He never made AA.

Byerly's career began that year in 1988, signed by the Pirates as an undrafted free agent out of Florida State. He went to Florida State out of Brevard Community College.

At Florida State, Byerly pitched seven innings in an early April 1988 game, giving up two runs in a win.

With the Pirates, Byerly played his first season between the rookie Gulf Coast League and short-season Watertown. Between them, he went 3-3, with a 2.30 ERA.

He played 1989 largely at short-season Welland, getting one game at single-A Augusta. He posted an ERA of 4.22.