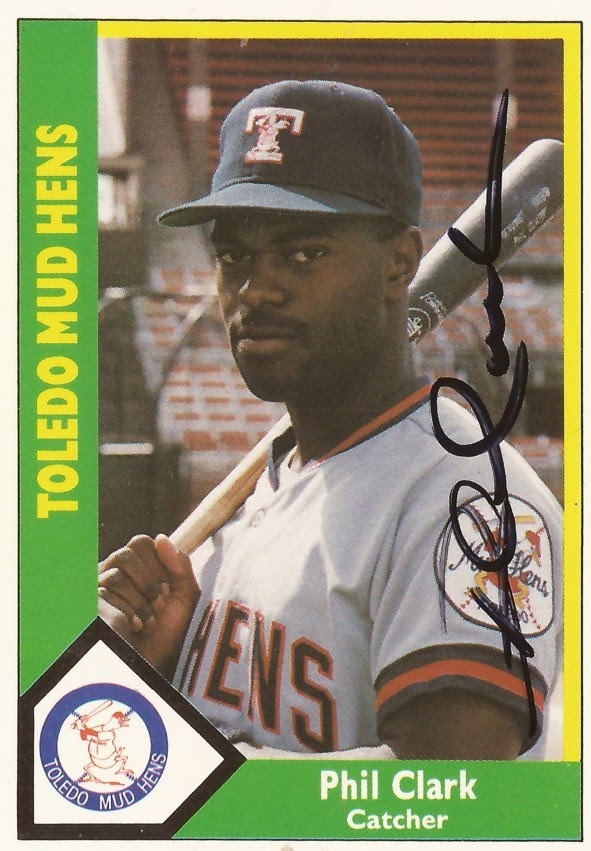 TROY, NY - Around his sixth season, Phil Clark started wondering if he was actually going to make it.

Taken by the Tigers in the first round of the 1986 draft out of high school, Clark made steady progress through the minors. Until he reached AAA.

He made AAA Toledo for the first time in 1990. He then returned there for 1991, without getting called up to Detroit.

"I wasn't playing everyday," Clark recalled of that time. "I wasn't a first-round pick anymore. That's probably the biggest thing. I wasn't a priority anymore. So that's when that mental process starts to take place."

Clark recalled he even started to think about doing something else in his life.

"I got that opportunity and, in my second game, I got two hits," Clark recalled. "And you know, I felt like I belonged. I felt like I could be a part of this."

Clark ended up belonging in five major league seasons. He later more than belonged in four seasons in Japan. In Japan, he became a star.
Clark spoke with The Greatest 21 Days recently in Troy, NY, where Clark's Mahoning Valley Scrappers were taking on the Tri-City Valley Cats. Clark is serving in 2014 as hitting coach for the team.

Clark covered his career in baseball, from growing up in a baseball family in Texas, to turning pro and working to make the majors.

Once in the majors, Clark worked to stay and become a regular. In one season he was, Clark getting into more than 100 games.

Clark also talked about his time in Japan. In Japan, Clark recalled breaking free from American conventions on hitting. He also broke out for a total of 93 home runs hit over his four seasons there.

Clark grew up in an athletic family in Crockett, Texas. It was a town that only had about 8,000 people in it, "probably less than that now," Clark said.

Isaiah Clark played well enough at Crockett to be selected in the first round, 18th overall, in the 1984 draft. Clark's oldest brother, Jerald Clark, went to college first. He eventually was taken in the 12th round of the 1986 draft.

With those examples to draw from, Phil Clark set his sights high.

"That was my motivation moving forward when I would come back and get ready for the high school season," Clark said. "My goal was to be a first round pick."

The scouts started coming around, but Clark didn't really notice them. It's not like youth baseball is today, with travel ball. His overall exposure was minimal, he recalled.
As time went on, he started hearing talk that he was going to be taken, and taken high. But he just went out and played.

"Thinking back on it, you're just trying to do the best you can so anybody would see you," Clark said.

Then he was selected. The Tigers took him in the first round, the round he had hoped for. He was also taken 18th overall, just like his brother Isaiah.

Clark called it awesome to find out he was drafted, along with where in the draft he was taken.

"I don't even think that it hit me," Clark said. "It probably hits me more now than it did back then."

One of the first questions Clark recalled being asked after the draft was supposed to be a simple one. Taken by Detroit, he was asked who his favorite Tiger was. Put on the spot, Clark couldn't name one.

The reason, Clark said, was that he grew up watching the Braves and the National League on TBS. He didn't know much about the Tigers.
"I was just a dumb kid answering questions not knowing any better," Clark joked.

Like that, Clark went from high school to the pros. He was assigned to rookie Bristol in the Appalachian League.

Clark already had experience with his brothers in the minors, so he kind of knew what to expect. But he also remembered getting help from his roommate, Tigers 2nd round pick Milt Cuyler.

Both he and Cuyler hit it off quickly. They were both high picks, but they also came from similar strict households. He called that probably his best asset.

"We were very naive to the goings on in the world," Clark said, "so we kept each other company. That took away the sadness of being away from home."

But Clark also had other things to deal with, namely a change in position. In high school, Clark recalled pitching more than anything. In the pros, though, the Tigers wanted him to catch.