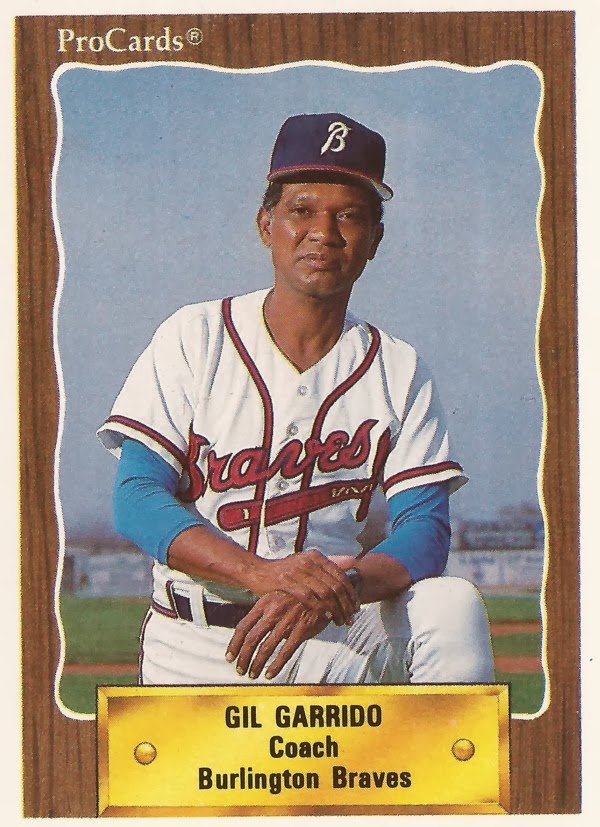 Gil Garrido first made the majors in his fifth pro season. He didn't get another to his ninth. By the time his career was over, Garrido had seen time in six major league seasons.

In spring 1972, Garrido told The Palm Beach Post about his efforts to get there, and stay there.

"When they call you, you've got to be ready," Garrido told The Post. "You've got to take advantage when you get the chance. I work in every position to stay in shape. When you come in off the bench, you've got to do the job. You can't wait for tomorrow."

Garrido spoke to The Post as he prepared for the 1972 season, and his sixth season in the bigs. He played just one more season as a pro. Later, he had a brief career as a coach and scout.

Garrido's career began in 1960, signed by the Giants as an undrafted free agent out of his native Panama.

With the Giants, Garrido started at Class-D Artesia and Class-C Fresno. In 1961, he made AAA Tacoma. He nit .247 that year and the next. He played at Tacoma almost exclusively through 1965.

"I hit it pretty good but I wasn't sure it was out," Garrido told The Associated Press. "When I got to the dugout, everybody was laughing. They told me they were going to faint."

That home run ended up being his only home run in the majors.