Features on each member of the 1990 Myrtle Beach Blue Jays, as included in that year's team set 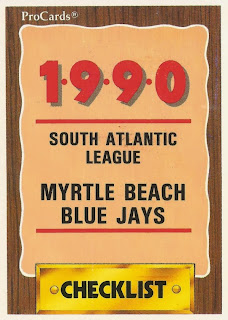