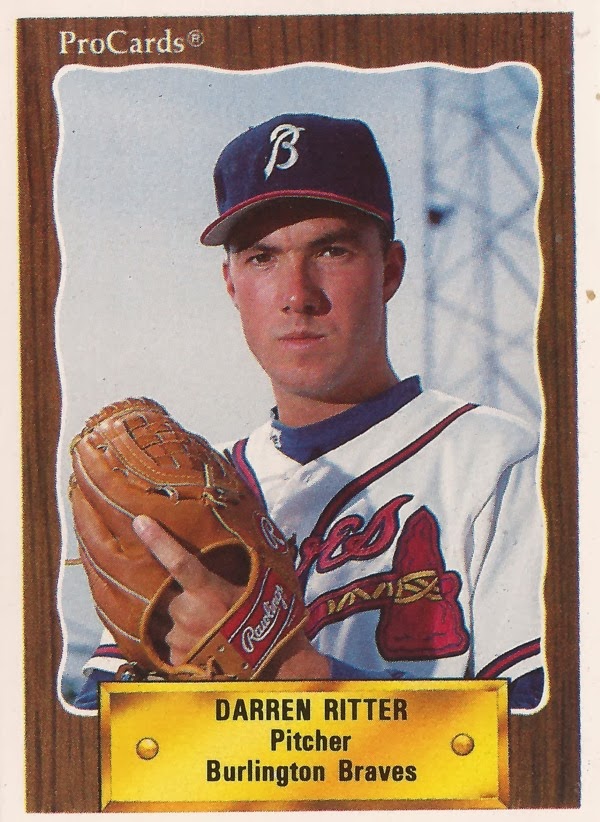 Given a lead in this June 1989 game, Darren Ritter did his best not to relinquish it.

Pitching for the rookie Pulaski Braves, Ritter gave up just one hit over the first five innings, taking the Braves to a 6-3 victory, according to The Pulaski Southwest Times.

Ritter was in his first season as a pro that year with Pulaski. He went on to play in four more, but he never saw time above AA.

Ritter's career began that year, taken by the Braves in the 19th round of the draft, out of the University of Maryland, Baltimore County.

At UMBC, Ritter struck out better than seven batters per nine innings. In 1989, he struck out 62.

Ritter played 1991 between single-A Macon and high-A Durham. He also played the season as a reliever. In 40 total relief outings, his ERA came in at 2.75. He also saved three games. In one April game for Macon, Ritter went 1.1 innings, giving up two hits and an unearned run.