Features on each member of the 1990 Harrisburg Senators, AA affiliate of the Pittsburgh Pirates. 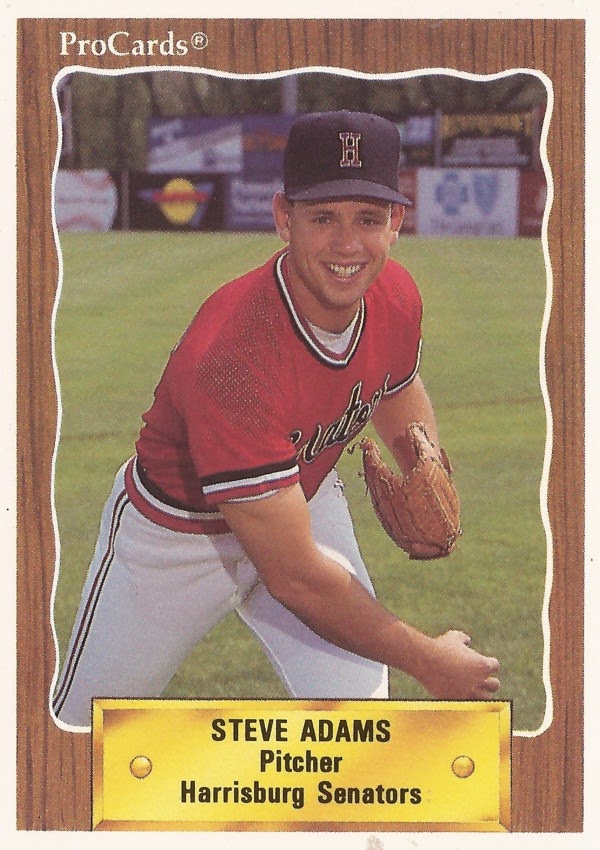 1 - Steve Adams, Bad Inning
Steve Adams had a bad inning in 1990. He played six seasons as a pro.
2 - Moises Alou, Body English
Body English helped Moises Alou homer in the 1997 World Series.
3 - Joe Ausanio, Come True
Joe Ausanio made the bigs for the greatest month of his life. He's now with the Hudson Valley Renegades.
4 - Jeff Banister, Kept Going
Sometimes the only thing that kept Jeff Banister going was baseball.
5 - Scott Barczi, Defensive Catcher
Scott Barczi was one of AA league's top defensive catchers. He never made the majors.
6 - Marc Bombard, His Role
Marc Bombard threw a minor league perfect game. He had a long career as a coach.
7 - Terry Crowley, Infield Prospect
Terry Crowley was acquired for a major leaguer. He never made the majors.
8 - Jim Czajkowski, Big Leaguer
Jim Czajkowski got to the majors with hard work. He's now a coach in the minors.
9 - Carlos Garcia, Every Time
Carlos Garcia stayed ready to play in 10 major league seasons. He's now a minor league manager.
10 - Miguel Garcia, Like Everyone
Miguel Garcia liked to be in the majors. He just had to do his job to stay.
11 - Robert Harris, Not Fulfilled 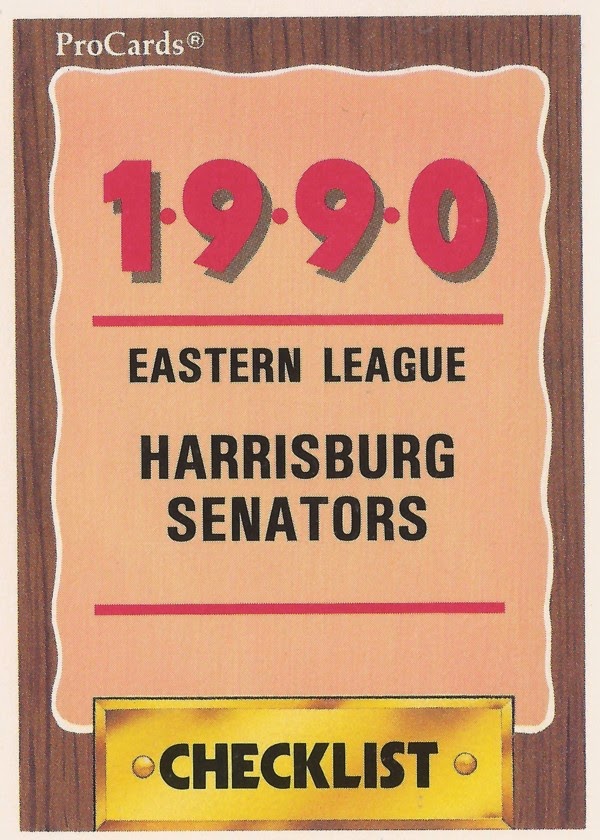 Robert Harris and his family made sacrifices in the minors. He never made the majors.
12 - Trent Jewett, Baseball Man
Trent Jewett got experience as a minor league player and coach. He then made the bigs.
13 - Blas Minor, Around Awhile
Blas Minor believed the Pirates organization gave him a good shot. He got into six major league seasons.
14 - Pete Murphy, Continued Playing
Pete Murphy endured his college football coach's tirade. He continued in baseball.
15 - Jeff Osborne, Do Both
Jeff Osborne liked to hit for both power and average. He never got to the bigs to hit for either.
16 - Julio Peguero, Waiver Rules
Julio Peguero had a quick, short stroke. He made the majors for all of 14 games.
17 - Julio Perez, Manufactured Run
Julio Perez manufactured a run at single-A. He played six seasons in the minors.
18 - Keith Richardson, Strong Start
Keith Richardson started his career strong. He couldn't keep it up.
19 - Mike Sandoval, His Goals
Mike Sandovall had a trainer's goals: Keep his players on the field.
20 - Randy Tomlin, Was Alright
Randy Tomlin's heart beat fast before his major league debut. He then threw a complete game.
21 - Jim Tracy, Career High
Jim Tracy played nine seasons in the minors. He never made bigs.
22 - Junior Vizcaino, Making Assessments
Junior Vizcaino was assessed as a player. He's now doing that as a scout.
23 - Ben Webb, No Regrets
Ben Webb had his chance. He didn't make the bigs. He had no regrets.
24 - John Wehner, In The Dirt
John Wehner played for his hometown Pirates. He's now announcing for them.
25 - Spin Williams, So Excited
Spin Williams became Pirates pitching coach and was so excited.
26 - Ed Yacopino, Only Way
Ed Yacopino knew he had to put up numbers to make the bigs. He never made it.
Posted by Steve78 at 1:00 PM