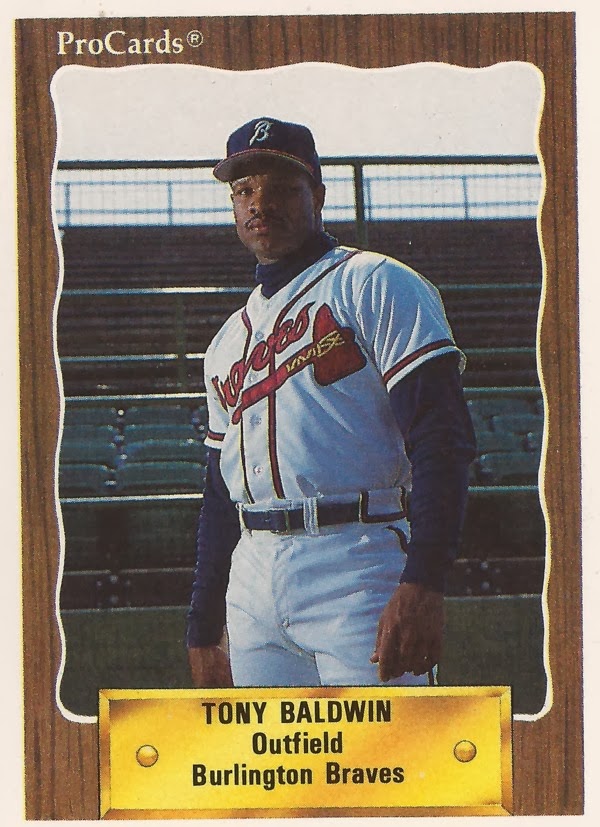 Tony Baldwin had his sights set on the majors, but his mind was also back home. Back home, Baldwin had a fiancee and a 5-year-old son.

With that, he had thought about quitting, he told The Sumter Item in July 1988 as he played for the single-A Sumter Braves, but he pressed on.

"This is still an opportunity of a lifetime," Baldwin told The Item. "It's a chance to make more money than I could possibly make if I quit. My fiancee encourages me to stay with it - we sit and talk about it all the time. It's a chance to fulfill a lifetime goal."

Baldwin ended up pressing on for two more seasons, but he never fulfilled that lifetime goal. He also never made AA.

Baldwin's opportunity began in 1987, taken by the Braves in the 11th round of the draft, out of McLennan Community College in Texas.

With the Braves, Baldwin started at rookie Pulaski. He hit .301 over 54 games. He also hit seven home runs and stole 23 bases.