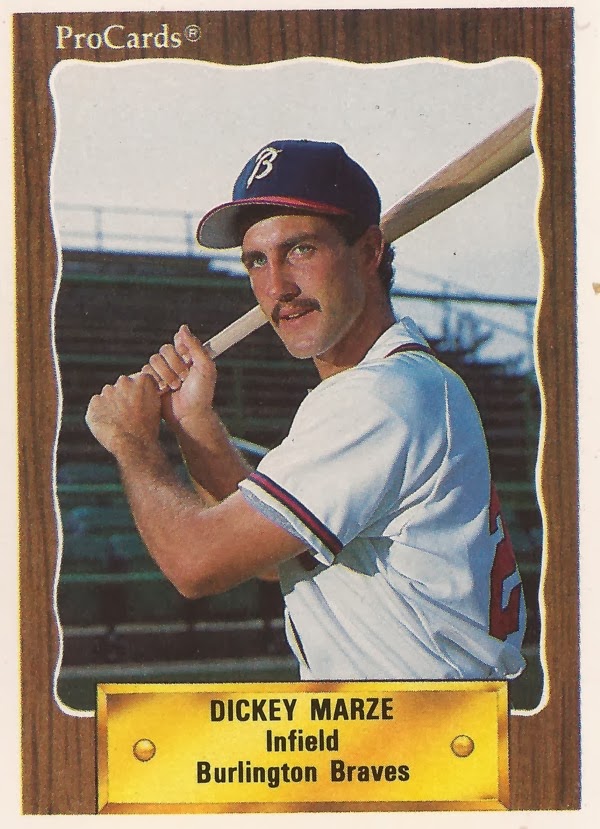 The Gulf Coast League Braves ran off to a 6-0 win in this August 1989 game and their top hitter on the day was pegged as Dickey Marze.

Marze went 3 for 5 in the contest, according to The Sarasota Herald-Tribune, on his way to a season average of .276.

That was Marze's first year as a pro. He would only get one other season. His son, though, has gotten more.

Marze's pro career began that year in 1989, taken by the Braves in the 17th round of the draft, out of Northwestern State University in Louisiana. Marze's name has also been spelled Dickie Marze.

At Northwestern State, Marze won first-team all-conference honors in 1988. He also hit 28 career home runs from 1986 to 1989, still third all-time at the school, according to the school's media guide. His 56 stolen bases is still tied for fifth all-time.

With the Braves, Marze started in the rookie Gulf Coast League. He hit four home runs in 52 games, knocking in 22. He knocked in two of those runs on a single in another August game.

Marze moved to single-A Burlington for 1990. His average, though, dropped to .204. He hit another four home runs and another 22 RBI, but it was his final year as a pro.

Marze has since gone on to a career in the energy industry, now serving as a production foreman for Arena Energy in his home state of Louisiana.