Features on each member of the 1990 Las Vegas Stars, AAA affiliate of the San Diego Padres. Players are as included in that year's team set. Click on the player's name to read more. 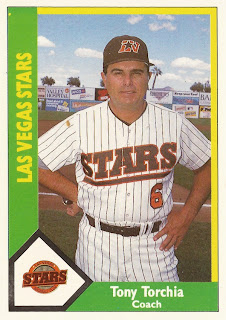 1 - Mike Basso: Mike Basso led his short-season team to a 1986 win. He never got himself to the majors.
2 - Alex Cole: Alex Cole stole eight bases in his first eight major league games. He played in seven seasons.
3 - Paul Faries: Paul Faries had hopes of getting Padres starting second base job in 1992. He didn't get it. He played in four major league seasons.
4 - Terry Gilmore: Terry Gilmore found his groove at single-A Spokane, never found it enough to make the majors.
5 - Charles Hillemann: Charles Hillemann decided to quit baseball and come home to be a dad. He played six seasons as pro, never made the bigs.
6 - Thomas Howard: Thomas Howard made it in the bigs for 11 seasons.
7 - Todd Hutcheson: Todd Hutcheson has served more than 30 years as a trainer in the Padres system.
8 - Pat Kelly: Pat Kelly can recount changes in the minors. He's been involved for nearly four decades.
9 - Gary Lance: Gary Lance dealt with nights like that as a player and coach for more than three decades.
10 - Tom LeVasseur: Tom LeVasseur put up a 15-game hitting streak at low-A. He never got the chance for one hit in the majors.
11 - Jim Lewis: Jim Lewis liked being a relief pitcher. He was one in the majors for 12 games.
12 - Joe Lynch: Joe Lynch helped pitch the Wichita Pilots to the 1987 Texas League title. He never made the majors.
13 - Matt Maysey: Matt Maysey achieved two firsts in a 1993 game for the Brewers. Both ended up being career onlys. 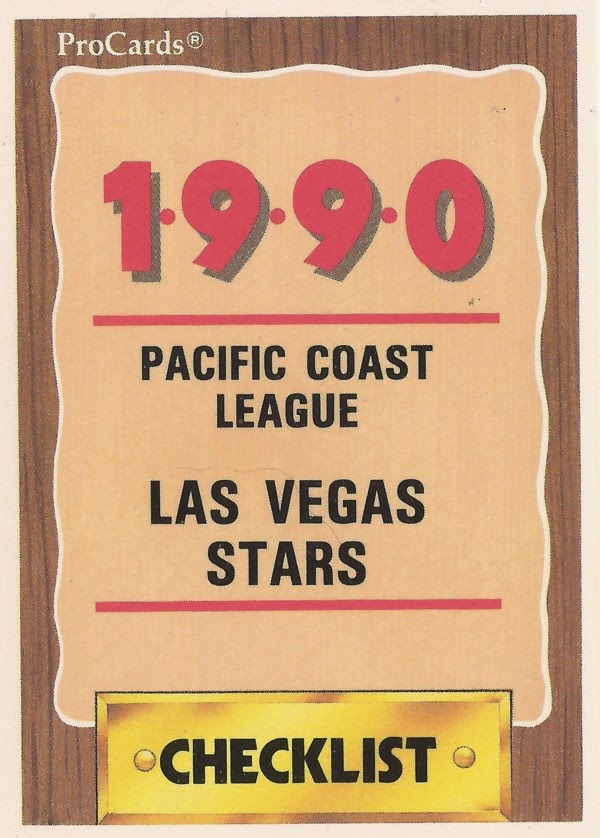 14 - Jose Mota: Jose Mota took advice from Dennis Rasmussen not to change. Mota made the majors, his stay was brief.
15 - Dan Murphy: Dan Murphy saw one brief stint in the majors with the Padres. His career spanned a decade plus.
16 - Warren Newson: As long as Warren Newson was still in the bigs, the trade was fine with him.
17 - Eric Nolte: Eric Nolte maintained his control enough to get time in four big league seasons.
18 - Brian Ohnoutka: Brian Ohnoutka threw a no-hitter for four innings in single-A in 1985. He then got ejected. He also never made bigs.
19 - Steve Peters: Steve Peters got just one out in that May 1988 game for the Cardinals, but it was enough for the win.
20 - Paul Quinzer: Paul Quinzer challenged collegiate league batters. He played five seasons as a pro, but never made the bigs.
21 - Ronn Reynolds: Ronn Reynolds pointed to his experience in 1988. He ultimately had experience in six major league seasons.
22 - Pete Roberts: Pete Roberts pitched well enough to make AAA in the Padres system, but never well enough to make the majors.
23 - Rich Rodriguez: Rich Rodriguez wasn't satisfied with the bench, he wanted to play. He did so in 13 major league seasons.
24 - Roger Smithberg: Roger Smithberg treated his major league debut for the Athletics in 1993 as any other game.
25 - Tony Torchia: Tony Torchia saw seeing his old players in the bigs like a teacher sees students who have done well.
26 - Rafael Valdez: Rafael Valdez exceeded expectations in spring 1990. He made the bigs for three games.
27 - Eddie Williams: Eddie Williams played everywhere and did so as a former first-round pick. He wouldn't have changed a thing.
28 - Jeff Yurtin: Jeff Yurtin went 4-for-4 in a College World Series game with LSU. He played five seasons as pro, never made the bigs.
Posted by Steve78 at 4:00 AM