Features on each member of the 1990 Huntington Cubs, as included in that year's team set, plus two interviews.

Interviews (2)
1 - Ken Krahenbuhl: Ken Krahenbuhl was made famous by catfish trade, then perfect game. It was a wonder he still pitched after injuries. (Continue)
2 - Jason Sehorn: Before he played 10 seasons in the NFL, Jason Sehorn played a season in minor league baseball. (Continue) 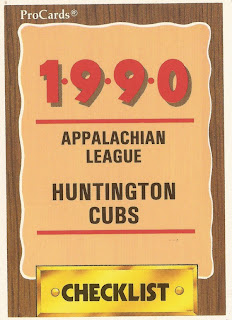