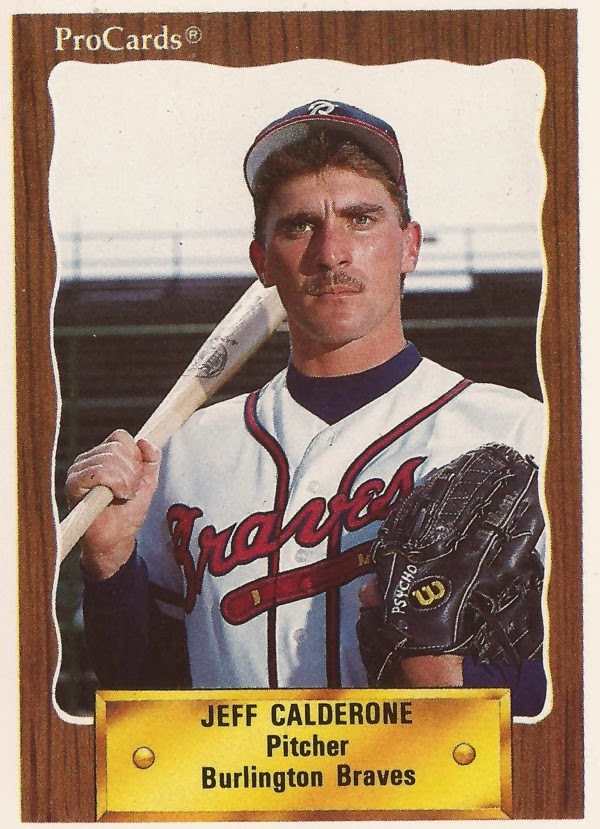 Jeff Calderone was 18 years removed from his last minor league pitch in 2008, but he was still throwing.

After his brief minor league career ended, Calderone found a baseball home for himself in Europe, playing in the Netherlands and later coaching in Croatia.

"It would not shock me a bit if I pitch some in this tournament," Calderone told The Prince George Citizen in December 2008 as his Croatian team won a spot in Canada's 2009 World Baseball Challenge. "I'm mid-80s (for speed), a slider guy, changeup. I fill the plate up with strikes, and I pitch inside."

Calderone's career in baseball began in 1989, signed by the Braves as an undrafted free agent out of his home state of Texas.

He played his first season between rookie Pulaski and single-A Sumter. Between them, he got 28 outings, with a 4.64 ERA. He also saved two games.

Calderone moved to single-A Burlington in 1990. In 46 relief outings there, he posted an ERA of 3.38 with three saves.

By then, he also had a nickname, "Psycho," as evidenced by his glove in his ProCards card. The nickname was for his intimidating nature on the mound, he told The Citizen.

Going into 1991, Calderone hoped to be promoted to AA Greenville, according to The Galveston Daily News. That February, he appeared in a hometown baseball tournament, signing autographs for fans.

"As ballplayers, we put back in the community what they give to us," Calderone told The Daily News at the event. "Signing autographs and doing fundraisers in the cities where we play encourages the fans to come out and brag, 'Hey, I've met him' to their friends.''