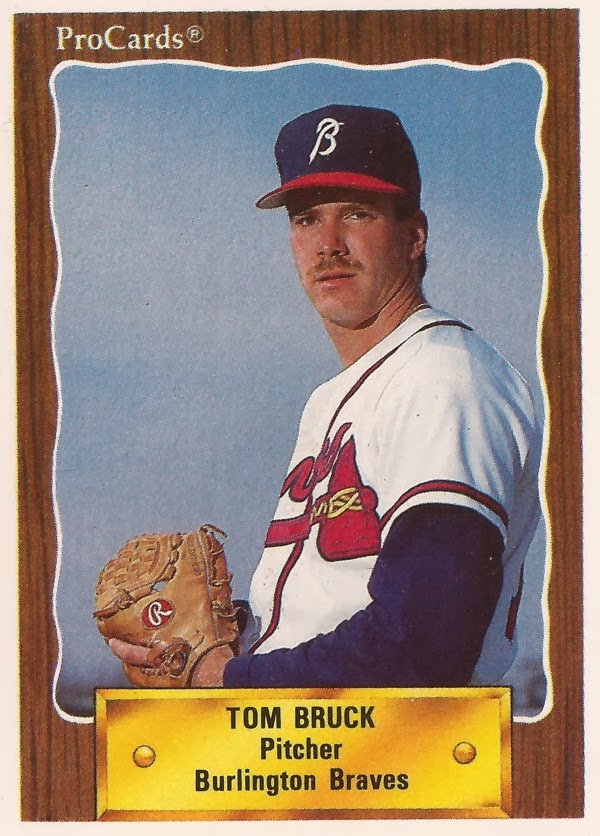 Tom Bruck had a successful season for the Temple Owls in 1989, counted among the team's pitching leaders.

He earned that talk by recording 10 wins on the season, still tied for most in a season in school history, according to Temple's 2013 Media Guide.

Bruck also sat down 8.92 batters per nine innings of work, striking out 93 in 94.1 innings of work. He posted a team-best 2.48 ERA and won conference Player of the Week honors twice.

Out of that season, Bruck signed with the Braves as an undrafted free agent. Bruck, though, couldn't go from that season to a long career. He played just two seasons, never making AA.

Bruck went to Temple out of Kingston High School in Kingston, NY. In June 1987, Bruck played for Kingston's entry in the Hudson Valley Rookie League, going six innings in a game and getting the win.

Bruck's pro career began that year in 1989, playing between the rookie Gulf Coast League and single-A Sumter. With the GCL Braves, Bruck struck out six in an August complete game win. Between the two levels, Bruck got into 14 games, starting six. His ERA came in at 2.59.