Features on each member of the 1990 Reading Phillies, AA affiliate of the Philadelphia Phillies. Players featured are as included in that year's team set. Click on the player's name to read more.

Interview (1)
1 - Sal Agostinelli, Got Close
Sal Agostinelli did everything he could to make bigs. He's now looking for others that could make it. 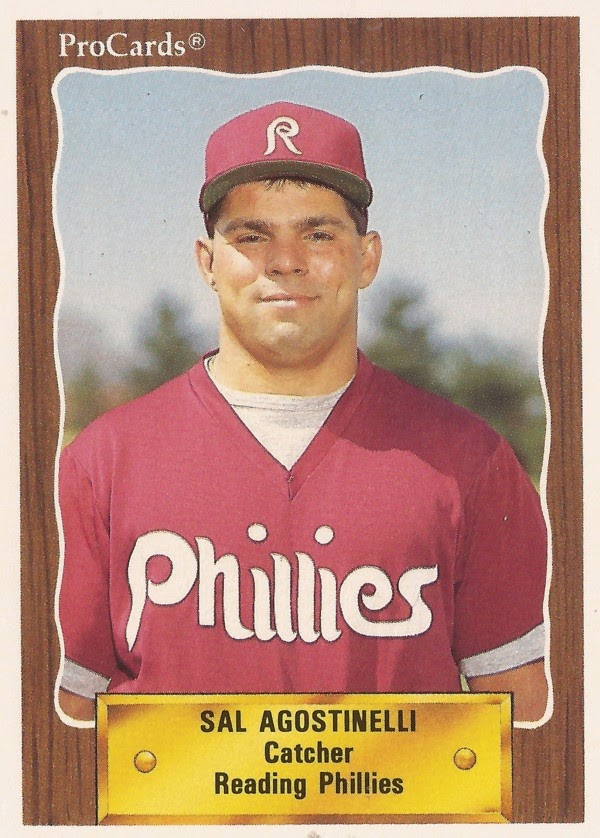 1 - Sal Agostinelli, Watching Baseball
Sal Agostinelli enjoyed watching baseball anywhere. He's now doing so as a scout with the Phillies.
2 - Gary Alexander, Well-Rounded
Gary Alexander went on from a seven-season pro career to a career as a high school coach.
3 - Andy Ashby, Wasn't Worried
Andy Ashby wasn't worried about getting his first major league win. He went on to get 97 others.
4 - Ramon Aviles, Making Decisions
Ramon Aviles liked the decision-making challenge that managing brought.
5 - Bob Ayrault, Time Will Come
Bob Ayrault believed his time would come and it did. He made two major league seasons.
6 - Kim Batiste, Big Bat
Kim Batiste's error in the NLCS led to the tying run. His single led to the game-winner.
7 - Frank Bellino, In There
Frank Bellino liked to play. It didn't matter how. He played eight seasons, but not in the bigs. 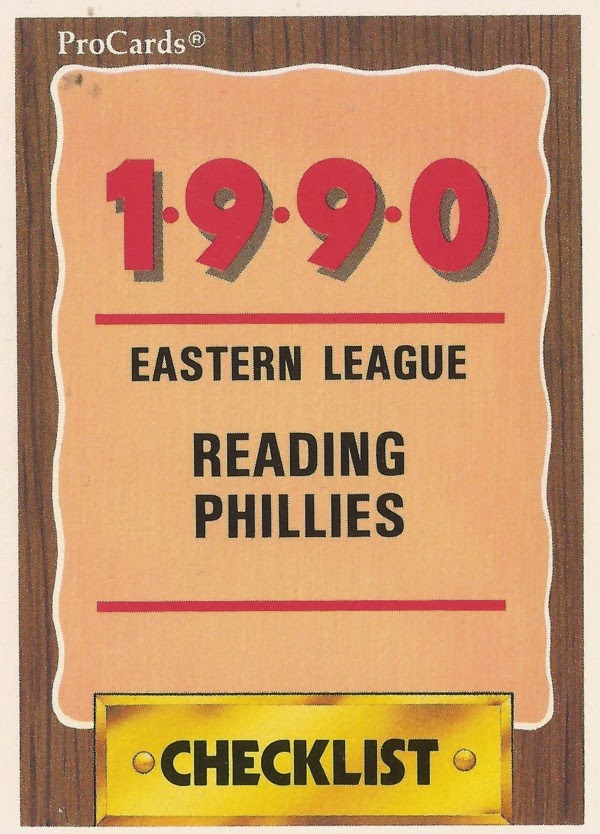 8 - Eric Boudreaux, More Comfortable
Eric Boudreaux kept his team in the game, earning a few more minors starts. He never saw the bigs.
9 - Cliff Brantley, Natural Thing
Cliff Brantley pitched well in his major league debut, he was just nervous.
10 - Rich Buonantony, Dad's Job
Rich Buonantony's father would have quit his job if the son had made the majors.
11 - Amalio Carreno, Compared To
Amalio Carreno worked on his pitches. He made the majors for three games.
12 - Fred Christopher, Paid Off
Fred Christopher worked on his control. It paid off at short-season, but he never got to the bigs.
13 - George Culver, Best Situation
George Culver coached in the minors. He threw a no-hitter in the majors.
14 - Marty Foley, Other Nights
Marty Foley had a bad night. But he had others to prove himself. He never made the bigs. 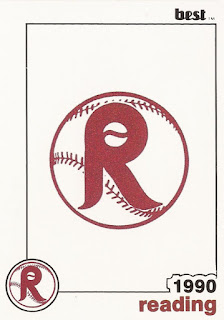 15 - Jeff Grotewold, Fun Run
Jeff Grotewold hit four major league home runs total. Three came on consecutive nights.
16 - David Holdridge, Which Way
David Holdridge worked on throwing strikes to make the bigs. He made it in his 11th pro season.
17 - Vince Holyfield, Good Plays
Vince Holyfield played good defense in a 1988 game. He played six seasons, but not in the majors.
18 - Steve Kirkpatrick, Waited For
Steve Kirkpatrick had new-found patience in 1990. He never made the majors.
19 - Doug Lindsey, No Joke
Doug Lindsey didn't believe his call to the Phillies in 1991. He'd already gone home.
20 - Warren Magee, Winter Roster
Warren Magee impressed at AA enough to make the 40-man winter roster. He never made bigs.
21 - Tom Marsh, Goose Bumps
Tom Marsh hit his first major league grand slam, then got goose bumps listening to the replay.
22 - Tim Mauser, Best Outing
Tim Mauser threw a no-hitter in the minors. He made the majors as a reliever.
23 - Don McCormack, Grabbed Him
Don McCormack assessed players in the minors after briefly making the bigs as a player.
24 - John McLarnan, Any Other
John McLarnan got ready quick in a 1988 game at AAA. He played seven seasons as a pro, but not in the majors.
25 - Rod Robertson, New Scenery
Rod Robertson hoped the new scenery would help him to the majors. He played 10 seasons, but he never made it.
26 - Mark Sims, Proven Winner
Mark Sims played eight seasons as a pro, but all in the minors. He's now a high school coach.
27 - Casey Waller, Get Better
Casey Waller kept it positive when he was sent down to AA. He never got sent up to the majors.
28 - Gary Wilson, Abbreviated Climb
Gary Wilson made AAA in four seasons. He didn't make it higher.
29 - Floyd Youmans, Happened To
Floyd Youmans had a big year in 1986, but he was slowed by off-field issues.
Posted by Steve78 at 9:00 PM