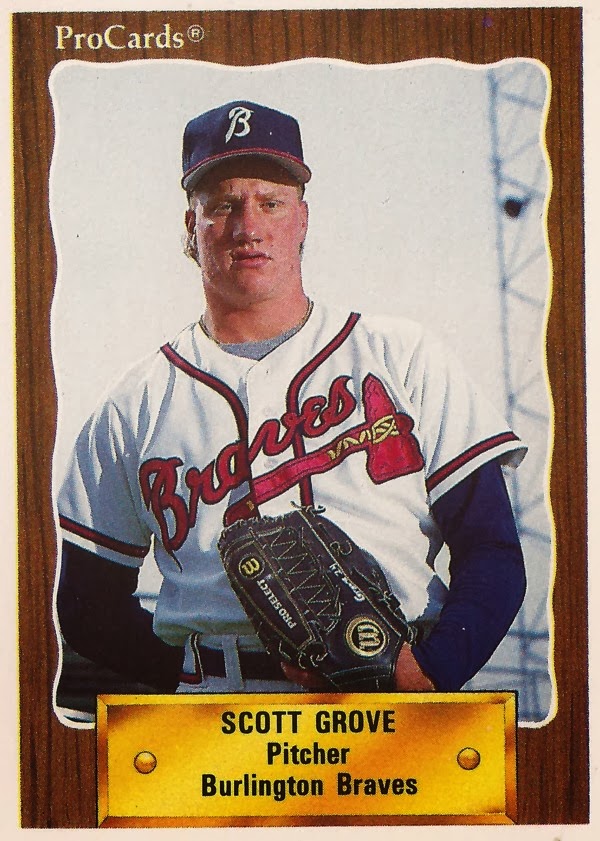 Scott Grove got off to a slow start at single-A Sumter in 1989 and tried to remedy that by worked at single-A to improve his fastball and his other pitches, according to The Sumter Item.

"I've got pretty good movement on the ball," Grove told The Item. "One thing I've learned is it's not how hard you throw the ball, but whether you keep it down."

Grove went on to play in four more seasons, but he never could improve his pitches enough to make the bigs.

Grove has since gone on, though, to teach youth the same lessons he learned, doing it as a high school coach.

Grove's professional career began in 1987, taken by the Braves in the 22nd round of the draft, out of Douglas County High School in Colorado.

At Sumter, Grove went eight innings for a win in one June game, giving up a single earned run. He went 7.1 in another June game with similar results. His first win came in his first start of the year, going six and giving up three earned.

"He was nervous because it was his first start," Sumter manager Ned Yost told The Item. "He wasn't real sharp - as sharp as I've seen him before - but he pitched well enough to win."

His final season came in 1993, returning to Dunedin and getting time at AA Knoxville. At Knoxville, he got 16.1 innings of work as a reliever, giving up 13 earned. It was his final season as a pro. His second of two career arm surgeries helped end it.

By 1997, he was coaching high school ball in Florida, taking the reins of Colonial High School near Orlando.

In 2012, Grove was coaching at another Orlando-area high school, Timber Creek. He took his team to the state tournament that year, losing in the semifinals.