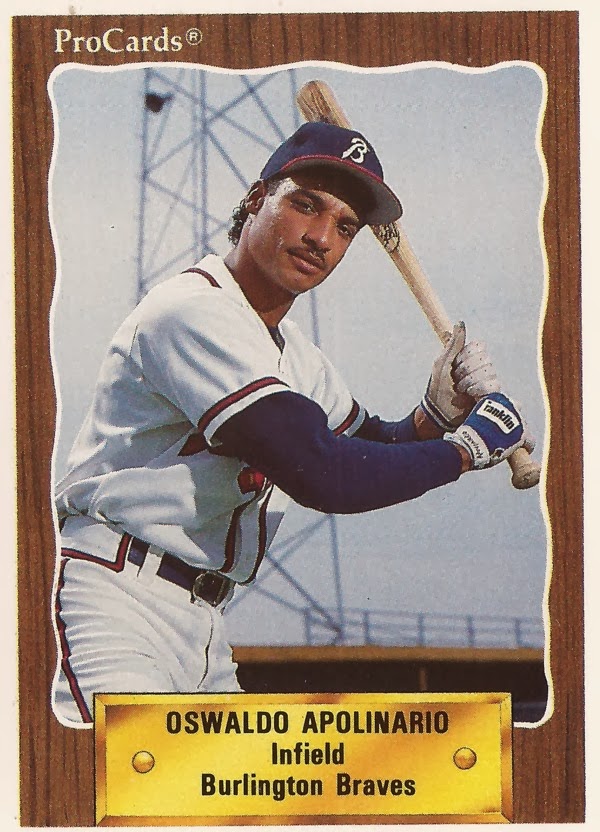 Apolinario went 3 for 5 against GCL Yankees, knocking in three runs in the Braves win. Two of those runs came on a single, according to The Sarasota Herald-Tribune.

Apolinario kept up that hitting through the year, ending with a .326 average over 59 games. But he couldn't keep it up going forward. His next year was his last as a pro.

Apolinario's career began in 1987, signed by the Braves as an undrafted free agent, out of his native Dominican Republic. Apolinario is also known by his formal name, Oswaldo Apolinario.