Features on each member of the 1990 Indianapolis Indians, AAA affiliate of the Montreal Expos. Players are as included in that year's team set.

Interview (1)
1 - Jose Castro, The Maximum
Jose Castro the majors for the first time after three decades in the game. He called it a great place to be. 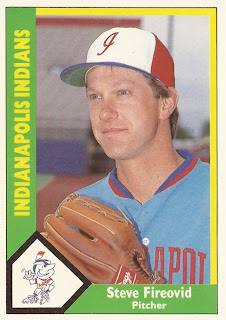 1 - Scott Anderson, Nothing Handed
The Expos needed a pitcher and Scott Anderson deserved the promotion. He played in three major league seasons.
2 - Esteban Beltre, Some Pop
Esteban Beltre had some pop, enough pop to get him into five major league seasons with the White Sox, Rangers and Red Sox.
3 - Randy Braun, That's Baseball
Randy Braun thought he might be cut soon. He was, ending his decade-long career without making the bigs.
4 - Eric Bullock, Passed the Time
Eric Bullock chose baseball after injuries forced him from football. He made the majors parts of seven seasons.
5 - Jose Castro, Unbelievable
Jose Castro's dream became making the majors. In 14 seasons, he didn't make it, but he did later make it as a coach.
6 - Travis Chambers, Just Stared
Travis Chambers had a bad outing in May 1990. Afterward, could only stare at the ball, his teammate wrote. 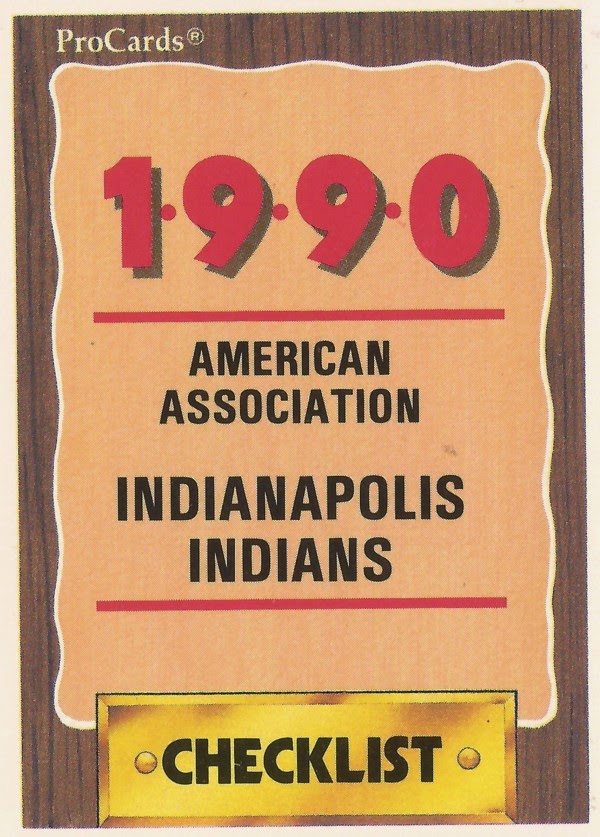 7 - Danny Clay, Credited Others
Danny Clay played in eight pro seasons. He made the majors in one, 1988 with the Phillies.
8 - Romy Cucjen, In His Hands
Romy Cucjen knew his baseball fate was in somebody else's hands. He just did his best, but he never made the bigs.
9 - Jim Davins, His Arm
Jim Davins tried to make the Twins as a pitcher in 1989, but he never made the majors with them, or anyone else.
10 - Eddie Dixon, Chance to Pitch
Eddie Dixon was as nervous as he could be for his pro debut. In 11 seasons as pro, he never got to debut in the majors.
11 - Howard Farmer, Live Arm
Howard Farmer started 1990 as a prospect for the Expos. He ended it with six major league games played.
12 - Steve Fireovid, Level of Determination
Steve Fireovid persevered into his 16th season as a pro. He played six seasons in the majors, and wrote a book.
13 - Dan Gakeler, Not Complicated
Dan Gakeler showed nerves in his first major league start, then settled in for his second start. Injuries limited his major league career to one season.
14 - Balvino Galvez, Had Trouble
Balvino Galvez sometimes had trouble controlling his temper.
15 - Jerry Goff, Dreamt It
Jerry Goff hit a game-winning home run for the Expos in June 1990. He'd dreamt of doing it a million times, then he did it.
16 - Gomer Hodge, Best Loved
Gomer Hodge endeared himself to Cleveland over a single season. He passed away in 2007.
17 - Mel Houston, Height Comparison
Mel Houston made the majors only in height comparisons. He never made the majors on the playing field.
18 - Otis Green, Arm Strength
Otis Green started his career as fielder, ended it as a pitcher. He played 17 seasons, never made majors.
19 - Tim Johnson, Motivational Stories
Tim Johnson often used stories to motivate his teams. But they were just that, stories.
20 - Joe Kerrigan, All About
Joe Kerrigan had a long major league coaching career after a four-season major league playing career.
21 - Dwight Lowry, Showed Something
Dwight Lowry showed something in August 1986 then he had the best major league year of his career. He passed away in 1997.
22 - Quinn Mack, Missed Catch
Quinn Mack used advice from his brother Shane Mack to make the majors. He stayed for all of five games.
23 - Chris Marchok, Chance to Chase
Chris Marchok chased a career in baseball from his time as a kid to Harvard and then to the minors. He never made the majors.
24 - Edwin Marquez, Visa Problems
Edwin Marquez ran into visa problems as a player, he never had to worry about them in the majors.
25 - Dale Mohorcic, Quietly Done
Dale Mohorcic wasn't confused with the game's top closers in 1987, but he did save 16, 33 for his career.
26 - Jesus Paredes, Stolen Bases and Errors
Jesus Paredes helped the Palm Beach Expos to a lead in 1988, then helped them to loss. He never made the majors.
27 - Johnny Paredes, Four Hits
Johnny Paredes needed a home run for the cycle in 1993. He just wanted another hit.
28 - German Rivera, Funny Game
German Rivera knew baseball was a funny game. He saw time in three major league seasons and one in Japan.
29 - Mel Rojas, Best Thing
Mel Rojas became the Expos closer in 1995. HE saved 126 over his career.
30 - Jim Steels, Just Glad
Jim Steels didn't want to strike out. But that's what he did in his first major league at bat.
31 - Rich Thompson, Show People
Rich Thompson finally got noticed in 1985 with the Indians. He pitched in three major league seasons. He is now an Attorney.
Posted by Steve78 at 9:34 AM