Pedro Martinez showed 'unlimited potential' in rookie ball; He then made the Hall of Fame 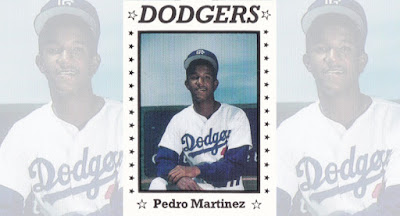 Great Falls Dodgers pitching coach Guy Conti seemed to know what he and his organization had on their hands in young right-hander Pedro Martinez in 1990, according to The Great Falls Tribune.

After a rain-shortened outing where Martinez went six, struck out nine, walked two and gave up three earned, Conti offered high praise for Martinez to The Tribune.

"His potential is unlimited," Conti told The Tribune of Martinez then.

The Dodgers organization itself, however, ultimately did not fully realize the pitcher they actually had in Martinez - they traded him away as a reliever just three years later. Martinez soon would realize his potential elsewhere.

With the Expos, Red Sox and then Mets, Martinez made All-Star teams, won ERA titles, Cy Youngs and a World Series. Then, in 2015, he made the Hall of Fame.

Martinez' road to Cooperstown began in 1988, signed by the Dodgers as a free agent out of his native Dominican Republic. He signed with the club the year his brother Ramon Martinez first made the majors as a Dodger.

He then quickly moved up. He saw high-A Bakersfield, AA San Antonio and AAA Albuquerque, all in 1991 and returned to Albuquerque for 1992. Then, in September 1992, he debuted in Los Angeles.

Martinez saw two outings with the Dodgers that September, one start and one in relief. He gave up two earned in eight innings.

He returned to Los Angeles for 1993, playing alongside his brother. He also played the year as a reliever. He saw 63 outings and started two. He still won 10 games to five losses and turned in a 2.61 ERA. Martinez even saved two games.

But that November, the Dodgers traded Martinez to the Expos for second baseman Delino DeShields. Dodgers executive vice president Fred Claire explained the deal then to The Los Angeles Daily News.

"It is difficult to give up a pitcher of Pedro Martinez' caliber," Claire told The Daily News. "But when you're acquiring a 24-year-old second baseman who is one of the real talents of the game today, it helps."

Martinez arrived in Montreal and turned starter and he would start for the rest of his career. He won 11 games and struck out 142 for the best-record 1994 Expos. He won another 14 and struck out 174 in 1995.

The Expos then traded Martinez to the Red Sox in a cost-cutting move. After Martinez won the Cy Young, and as the Expos shopped him, his manager with Montreal, Felipe Alou, recognized to The Monteral Gazette who the then-26-year-old Martinez was.

Martinez signed with the Mets for 2005 and saw his seventh and eighth All-Star appearances there. He last played with the Phillies in 2009.

He won election to the Hall in 2015 on his first ballot, with 91.1 percent of the vote. In his Hall of Fame speech, Martinez told of how he wanted to be remembered.

"If you ask how I want to be remembered, don't remember me by the numbers I posted," Martinez said in his Hall of Fame speech, as quoted by USA Today. "Don't remember me as being part of an elite class. I want to be remembered as a sign of hope for society, so people understand that they have a way out. All they have to do is go work and dedicate themselves and actually try to find the exit that's out there." 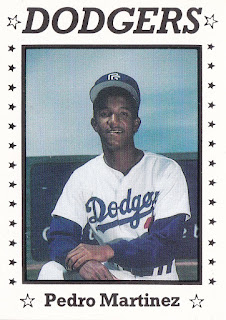