Features on each member of the 1990 Martinsville Phillies, rookie-league affiliate of the Philadelphia Phillies. Players featured are as included in that year's team set. Click on the player's name to read more. 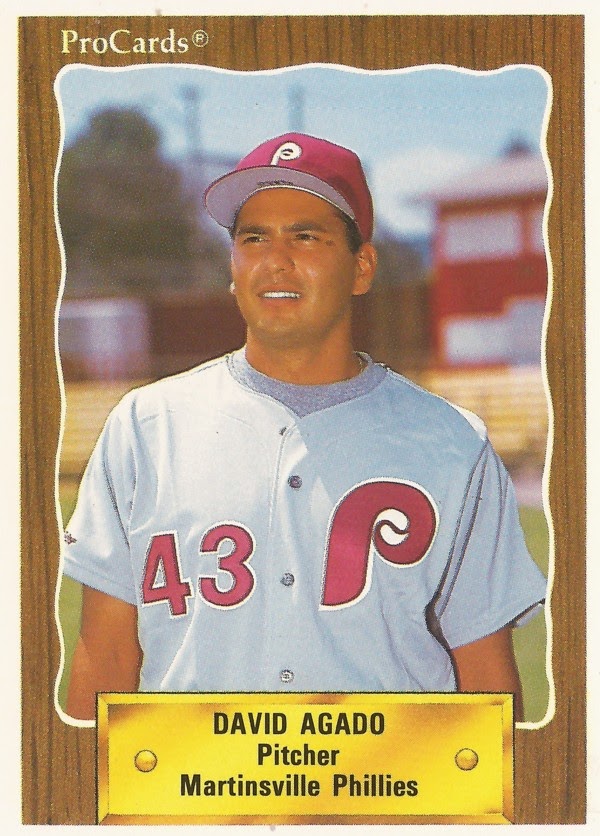 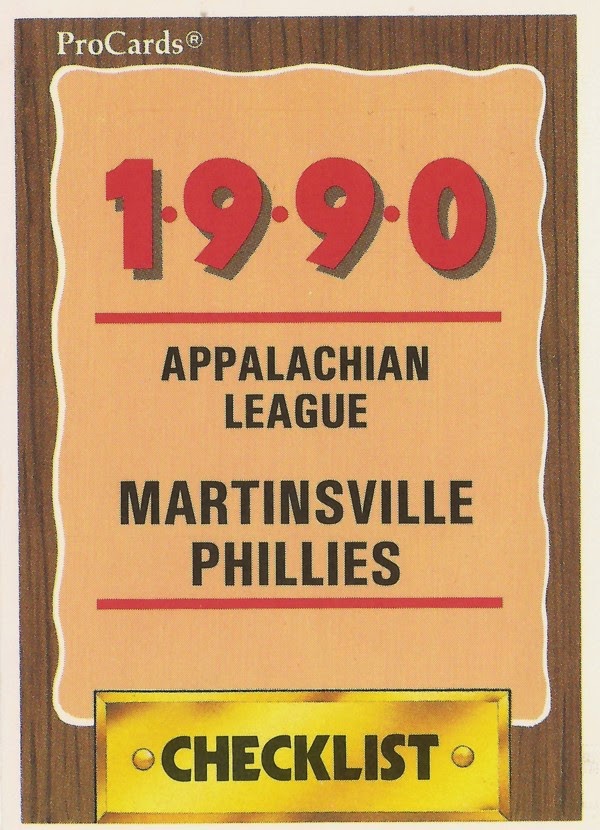 10 - David Croak, College Accolade
David Croak won the outstanding pitcher award at his college.
11 - Roly DeArmas, Father Hen
Roly DeArmas believed a rookie-ball manager was like being a father hen.
12 - Ray Domecq, Team Slogan
Ray Domecq made his mark on the bigs a decade after he last played.
13 - Mike Farmer, In Awe
Mike Farmer made the majors and he was in awe.
14 - Lamar Foster, Lucky One
Lamar Foster felt like he was one of the lucky ones.
15 - Pete Freeman, Preserved Win
Pete Freeman helped preserve a Legion win. He played one pro season.
16 - Antonio Grissom, Signed Him
Antonio Grissom played, scouted and instructed.
17 - Darren Hedley, The Rest
Darren Hedley wasn't among those from his college to make bigs.
18 - Bill Higgins, College Asset
Bill Higgins pitched well in college. He played one season as a pro.
19 - Maurice Hines, Playoff Wins
Maurice Hines helped his high school to two playoff wins.
20 - Robbie Kamerschen, Dog Pile
Robbie Kamerschen made it to a pitcher's mound dog pile.
21 - Gary Lance, Picked Up
Gary Lance's pro career was brief - a single game.
22 - Mike Lieberthal, His Mark
Mike Lieberthal made his mark with the Phillies.
23 - Facaner Medina, Spelled Right
Facaner Medina had to wait two seasons for his correct name.
24 - Patricio Medina, Very Quick
Patricio Medina came from a quick country. His career was also quick.
25 - Rick Meyer, Different Call
Rick Meyer answered a different call and it almost got him killed.
26 - J.J. Munoz, Something New
J.J. Munoz was pleased at a coaching chance in in his eighth season.
27 - Mike Murphy, Own Momentum
Mike Murphy gave his single-A team momentum in 1993.
28 - Jorge Pascual, In Time
Jorge Pascual made it to Aquinas Junior College just in time.
29 - Francisco Rosario, First Flight
Francisco Rosario's first flight led to his only season as a pro.
30 - Dagoberto Tapia, Only Information
Dagoberto Tapia showed up with the Martinsville Phillies, but he never played.
31 - Domingo Tejada, Photo Day
Domingo Tejada arrived in time for photo day. He didn't stay long.
32 - Terry Tewell, Seemed Right
Terry Tewell chose the pro option. He never made AA.
33 - Alberto Vicente, Important Point
Alberto Vicente explained why Dominicans were so skinny.
34 - Winston Wheeler, Took Deep
Winston Wheeler played a single season as a pro.
Posted by Steve78 at 2:28 PM