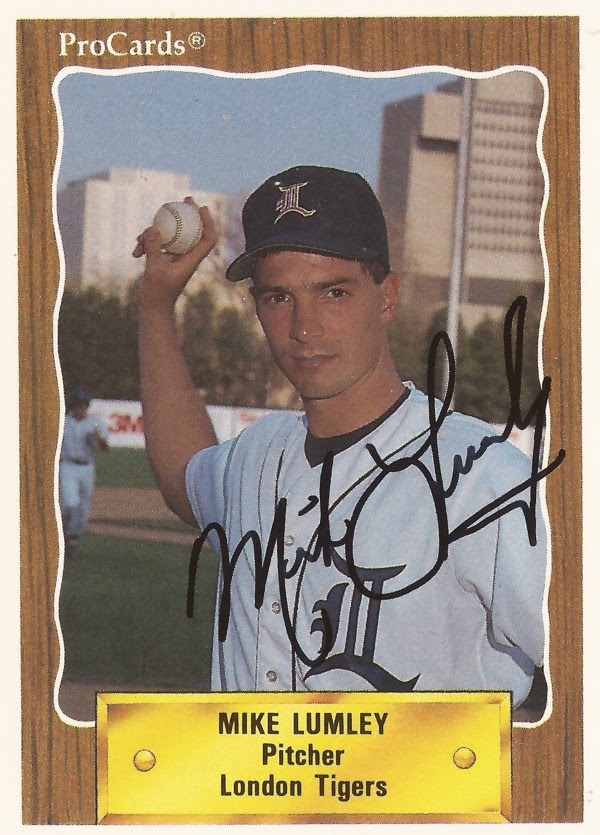 Mike Lumley grew up playing the baseball in London, Ont., and playing it well. But the pros weren't really something he thought about.

Thoughts of the pros finally came in high school, with a trip with his father.

"I think my dad one day just saw a tryout camp here in Windsor from the Reds and said 'hey, want to go down?'" Lumley recalled to The Greatest 21 Days. "I went, 'sure, why not?'"

From that tryout camp came a second one in Michigan, a stint playing in college and the pros.

That trip from London to Windsor also eventually led Lumley back home to London and, finally, one step away from the majors.

Lumley spoke to The Greatest 21 Days in August as his London Badgers 15U team competed in the Ontario Summer Games.

Lumley has served as a coach with the Badgers youth program for more than 15 years. He also serves as head baseball coach at Western University in Ontario.
He started that coaching career after a six-season professional career that got him to AAA and to the 40-man roster of the Detroit Tigers. Along the way, Lumley spent parts of three seasons playing for the Tigers' AA team in his hometown of London.

He never made the majors, an arm injury suffered in winter ball forcing an end to his playing career and beginning of his coaching one.

Lumley grew up in London, Ont., the son of active parents. It was through them that he drew his love of baseball.

His father coached. They road their bikes to games frequently, ferrying the equipment and Lumley to the contests.

His father was even president of the London-based Eager Beaver Baseball Association.

Lumley played baseball, but he played other sports as well. He played basketball and football. As a Canadian, though, he didn't play hockey. "I didn't skate very well," Lumley explained.
Lumley recalled not really thinking about the pros. He didn't really watch sports on TV. He was always on the field playing.

Then came that Reds tryout camp in Windsor when Lumley was in high school. The camp was run by the Reds and Lumley did well enough to get invited to a second camp, one in Ypsilanti, Mich. It was held at the home of Eastern Michigan University.

"I pitched well there," Lumley recalled, "and then Eastern called me that day or the next day and asked me to come in for a visit."

The Reds stayed interested, keeping in tough with Lumley. But it was Eastern Michigan where he landed.

College and Eastern Michigan, Lumley said, ended up being the right choice for him.

"I was raw," Lumley said. "I understood the game enough that I could pick hitters apart. After that I didn't know much."

Lumley credited Eastern Michigan head baseball coach Ron Oestrike with teaching him what Lumley needed to know.
Under Oestrike, Lumley learned all the positions. He learned how to pitch.

"That's where I got most of my teaching in the way of understanding the game," Lumley said, "that pickoffs happen at a certain speed - all those little details that you don't think about."

Lumley used those lessons on the field. In his two seasons at Eastern, Lumley threw two no-hitters.

He threw them both against rivals. One came against Western Michigan, the other came against Central Michigan. He recalled the next outing against each school resulting in him getting roughed up.

Eastern Michigan and Oestrike got Lumley ready for the pros.

"Basically Eastern gave me the refinement that I needed to have some composure, hold runners better and do all those little details that get you a chance to play pro," Lumley said.

Lumley's chance to play pro came in 1988, after his second season at Eastern Michigan. And it came with a team he didn't expect - the Tigers. (Go to Part 2)