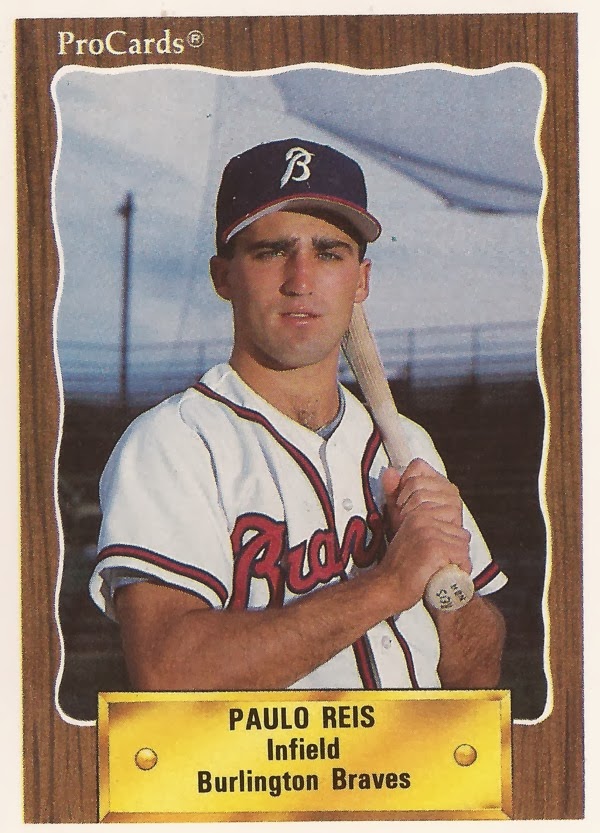 Paulo Reis had a big game for the Sumter Braves in April 1989. He had a double, a triple, scored three runs and knocked in the game-winner.

We did what we had to do to win," Sumter manager Ned Yost told The Item afterward, "and I can't say enough about Paulo Reis. He hustles and he scraps for everything he can. That's the kind of player he is."

Reis had that game to start his third professional season. He ended up getting just one more, never getting to AA.

Reis' career began in 1987, taken by the Braves in the seventh round of the draft, out of high school in Fall River, Mass.

Paulo Reis started off his professional career by hitting well in an early game. In his July 1, 1987 rookie Gulf Coast League contest, Reis went 4 for 4, scoring once and knocking in another in a Braves win.

Reis' overall batting average that year, between the GCL Braves and rookie Pulaski, Reis hit just .217. Reis then remained at Pulaski for 1988, hitting .234, with 15 RBI. His average that year would be his best of his career.