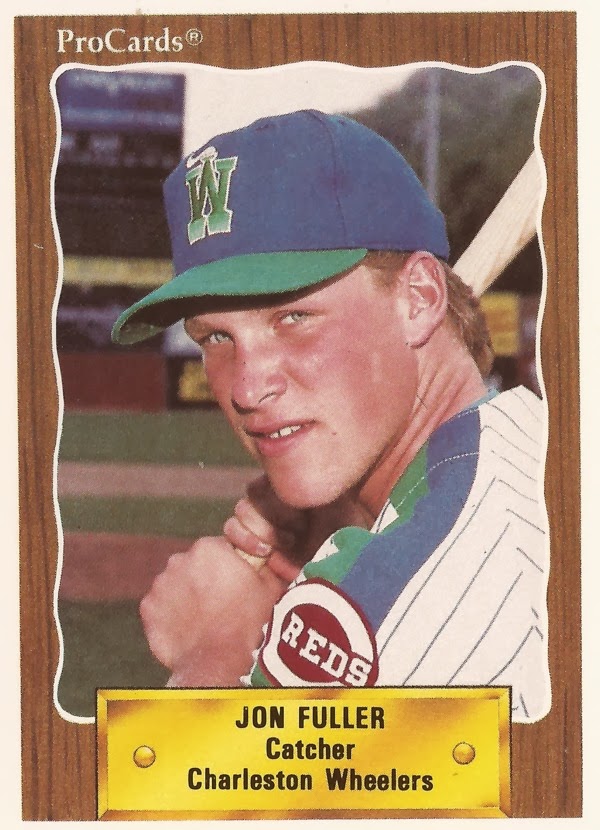 Jon Fuller knows the importance building confidence is to a baseball player. He spent 12 years working to build his own confidence as a pro.

He's since moved on, working to build confidence of young players as a baseball instructor in his home state of Washington.

“So we always try to instill that, whether it's in individual workouts or we're working with teams," Fuller told The Kitsap Sun in 2011. "Confidence is a big part and believing you can get to that, whatever level you're at, you get to that next level."

Fuller's career in baseball began in 1988, taken by the Reds in the 38th round, out of Bellevue Community College in Washington.

Fuller started at rookie Billings, hitting .281 over 31 games. The catcher moved to single-A Greensboro for 1989, the first of four seasons Fuller spent at single-A.

Fuller spent 1990 at Charleston, hitting .241. At Charleston, Fuller was one of the first players to catch converted pitcher Trevor Hoffman.

"I remember there was some talk that he wasn't going to hit past A-ball," Fuller told MLB.com in 2007. "But he always had a cannon for an arm in the infield."

For 1998, Fuller signed with the Western League's Grays Harbor in his home state. Fuller and the rest of the team soon went on an extended road trip. The team played 62-straight road games.

That August, Fuller told The Associated Press about the hardships of such a road trip.

"My daughter keeps wondering where I'm at," Fuller told The AP. "She keeps saying, 'Are you going to be home in four days?' I just agree with her. She's only 4."