Features on each member of the 1990 Kenosha Twins, single-A affiliate of the Minnesota Twins. Players featured are as included in that year's team set. Click on the player's name to read more.

Interview (2)
1 - Alan Newman, Got There
Alan Newman balked in a run before he threw his first major league pitch. He wanted into his 12th pro season to get there.
2 - Mike Misuraca, Phone Calls
Both when Mike Misuraca made the pros and the bigs, his father got the word out. 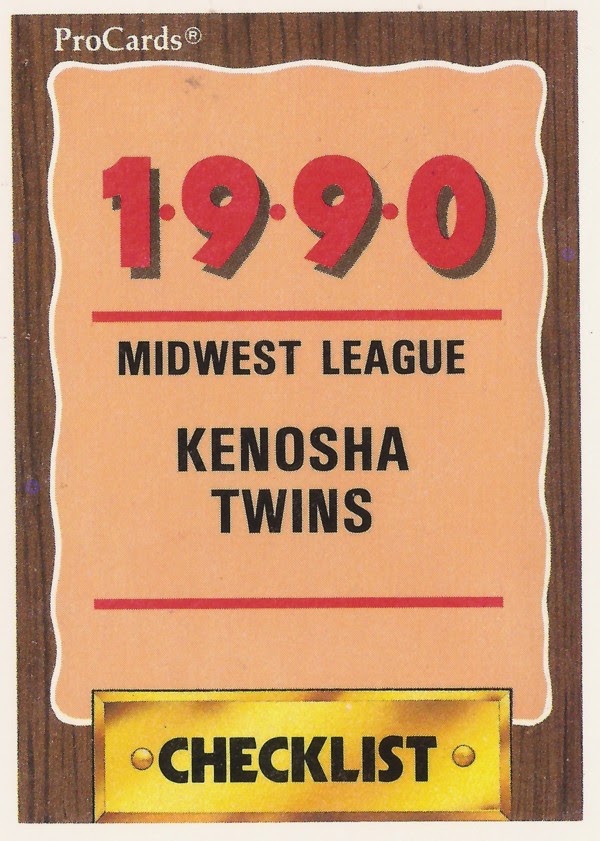 1 - Rick Anderson, Many Years
Rick Anderson never thought he'd make the bigs. As a player, or as a coach.
2 - Jayson Best, Those Traits
Jayson Best was a firm believer in practicing. He practiced as a pro in seven seasons.
3 - Rex De La Nuez, Perfect Throw
Rex De La Nuez had a key throw in AA game. He later became a Reds scout.
4 - Sandy Diaz, Bad Throw
Sandy Diaz played in four professional seasons. He never made AA.
5 - Steve Dunn, Big Spot
Steve Dunn liked hitting cleanup. Hit in the majors in 19 games.
6 - Dan Fox, Took Him
Dan Fox got injured in college, took it to a career as a trainer.
7 - Randy Gentile, Clutch Performer
Randy Gentile pitched a crucial no-hitter in high school. He played just two seasons as a pro.
8 - Deryk Gross, Career Day
Deryk Gross had a career day in college. He had few in the pros. He played just three seasons. 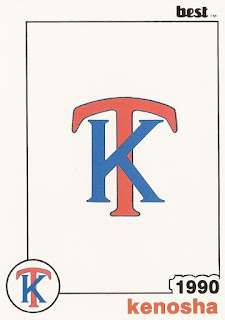 9 - Jody Harrington, Bad Start
Jody Harrington had a bad start in 1989. He played four seasons as a pro.
10 - Troy Hoerner, Second Career
Troy Hoerner's first career as a player lasted just two seasons. His second one as a scout has lasted much longer.
11 - Steve Liddle, On Talent
Steve Liddle used his coaching talent to make it to the big leagues.
12 - Marc Lipson, Got Recognized
Marc Lipson played four seasons as a pro. He later became a high school coach.
13 - Mike Lloyd, Tone Set
Mike Lloyd set the tone in a college game. He played two seasons as a pro.
14 - Mike Mathiot, Game Winner
Mike Mathiot scored the game-winner in 1989 game. He played four seasons as a pro.
15 - Jeff Milene, Remained Upbeat
Joe Milene remained upbeat about his major league chances, despite injuries.
16 - Mike Misuraca, Higher Level
Mike Misuraca pitched at highest level for five games in 1997 with the Brewers.
17 - Steve Morris, Jumped On
Steve Morris knocked in two against a top Athletics prospect. He played two seasons as a pro.
18 - Willie Mota, Big Day
Willie Mota had a big day at high-A in August 1992. He played six seasons as a pro.
19 - Darren Musselwhite, Another Field
Darren Musselwhite has faced challenges as a player and as a mayor.
20 - Tim Nedin, That Pitch
Tim Nedin used four pitches in college. He played four seasons as a pro.
21 - Alan Newman, The Stuff
Alan Newman finally relied on his stuff. He then made bigs in his 12th year.
22 - Alex Nunez, Too Few
Alex Nunez played in five pro seasons, but he got too few hits. He never made AA.
23 - Francisco Pichardo, Some Firsts
Francisco Pichardo experienced firsts in 1990. He never experienced AA.
24 - Carlos Pulido, Got Back
Carlos Pulido made it back to the bigs in 2003, nine years after he was last there.
25 - Scott Robles, Pitching Skills
Scott Robles caught the eye of scouts in college. He played two seasons as a pro.
26 - Bryan Roskom, Multiple Stops
Bryan Roskom made multiple stops on field, not in his career.
27 - Rob Schiel, Play Again
Rob Schiel worked as a beer truck driver. He didn't want to be a beer truck driver.
28 - Joe Siwa, Great Things
Joe Siwa hoped for a collision at home in 1992. He got four seasons as a pro.
29 - Jeff Thelen, Perfect Example
Jeff Thelen was top Wisconsin high school pitcher. Saw four seasons as pro.
Posted by Steve78 at 11:27 PM