Features on each member of the 1990 New Britain Red Sox, AA affiliate of the Boston Red Sox. 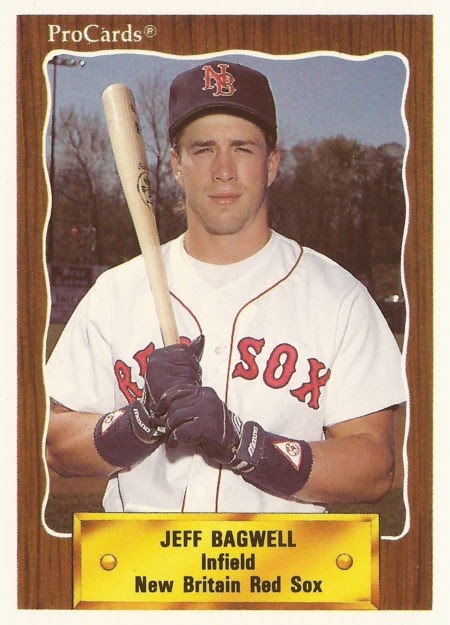 1 - Steve Archibald, New Mascot
Steve Archibald thought about the new Rock Cats mascot, then thought Elvis.
2 - Jeff Bagwell, Good Numbers
Jeff Bagwell looked for playing time with the Red Sox. He got it and then some with the Astros.
3 - Gerry Berthiaume, Loved It
Working as a minor league general manager was in Gerry Berthiaume's blood.
4 - Mike Carista, Supposed To
Mike Carista needed to continue his success at AA. He did, but he never made AAA.
5 - Vinnie Degifico, Big Bat
Vinnie Degifico was the big bat single-A team needed. He never was as big bat in the majors.
6 - Tom Fischer, Level of Play
Tom Fischer found the pro game similar to college. He never made the majors.
7 - Don Florence, Held Them 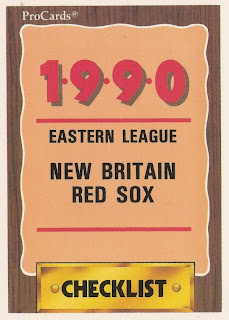 Don Florence went out there and held them and he did so in the bigs.
8 - Rich Gale, Had To
Rich Gale played seven major league seasons, had a long coaching career. He was also there at a 1981 tragedy.
9 - Butch Hobson, Back Up
Butch Hobson got back up to the majors as a manager. He later got back up in a different way after drug arrest.
10 - Gordon Hurlbert, Career Move
Trainer Gordon Hurlbert made a career move to the NHL.
11 - John Kameisha, Happy To
John Kameisha has happily worked in MiLB for 30 years.
12 - Mike Kelly, Successful Run
Mike Kelly had a successful run in college. His professional run lasted four seasons.
13 - Derek Livernois, Players Dream
Derek Livernois lived his dream to play pro ball. He did so for nine seasons, just not in the majors. 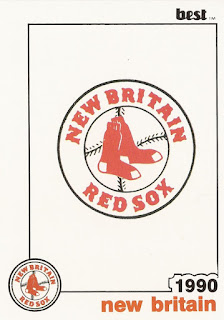 14 - Josias Manzanillo, His Stuff
Josias Manzanillo's manager with the Mets wanted him to use his stuff. He was later accused of using other stuff.
15 - Julius McDougal, Dazzlingly Paisley
Julius McDougal helped keep spring 1987 fun for the Twins. He never could do so in a major league game.
16 - Dave Milstien, Remained Determined
Dave Milstien worked to get himself ready for the majors. He played nine pro seasons, never played in the bigs.
17 - Kevin Morton, Learning Experience
Kevin Morton took his major league stint as a learning experience. He didn't get another stint.
18 - Dan O'Neill, Awful Good
Dan O'Neill changed teams and had a breakout year, but not enough to make the majors.
19 - Dave Owen, Had Gone
Dave Owen was once a prospect, then he hurt his shoulder. His career ended soon afterward.
20 - Juan Paris, Key To
Juan Paris was key to New Britain win in 1991. He played in eight seasons, never made the majors.
21 - Jeff Plympton, Huge Thrill
Jeff Plympton tried to show he belonged. He didn't give up a major league run, then he never got back.
22 - Todd Pratt, Bench Player
Todd Pratt showed he could still play, then played for another decade plus.
23 - Randy Randle, His Efforts
Randy Randle helped power his team to Junior College World Series. He couldn't power himself to the bigs.
24 - Bob Spencer, Card Investor
Bob Spencer invested in cards. He passed away in 1998.
25 - Mike Twardoski, His Fundamentals
Mike Twardoski showed his fundamentals in college, later turned to teaching those as a college coach.
26 - John Valentin, Rare Fetes
John Valentin achieved a major league cycle and an unassisted triple play.
27 - Dave Walters, Good Makeup
Dave Walters was the type of pitcher coaches liked, but not enough to make the majors.
28 - Eric Wedgem Liked It
Eric Wedge showed the Red Sox what he could do as a player. He later did same as manager with the Indians and the Mariners.
29 - Stuart Weidie Grand Fashion
Stuart Weidie helped his school to its first College World Series, played five pro seasons. He's now in the gas industry.
30 - Craig Wilson, Big Investment
Craig Wilson was a big investment for the Red Sox. The investment didn't pan out.
31 - Bob Zupcic, Good Opportunity
Bob Zupcic felt he could play in his 11th pro season. He played in four major league seasons to that point.
Posted by Steve78 at 1:00 PM