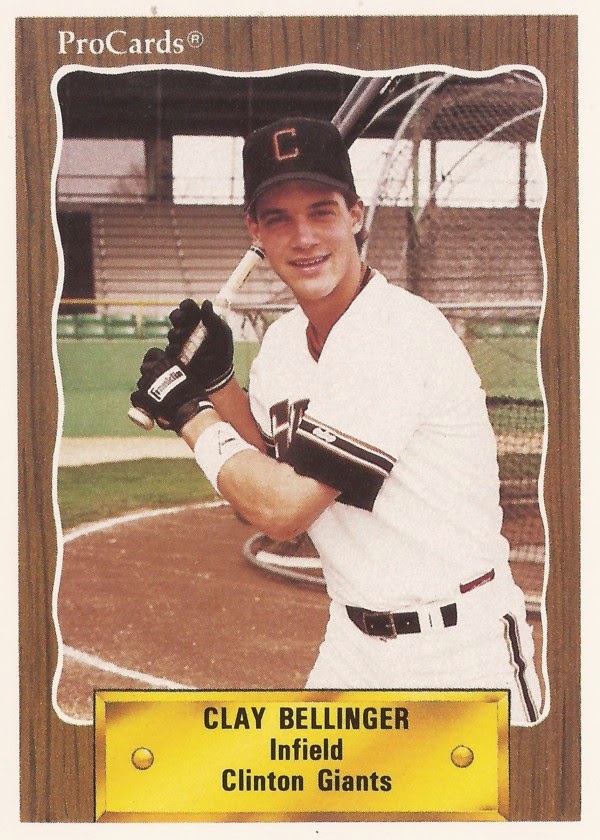 Driving in northern Illinois, I searched for a new radio station.

This leg of my trip was actually completely last-minute. I'd interviewed Donnie Scott the night before in Kalamazoo. With no interviews planned for the next day, and seemingly some extra time I sought out some ballparks.

The plan, such as it was, was to basically snap some exterior ballpark pictures and head on my way. I hadn't even checked schedules. While I had some time, I didn't have that much time.

After turning off Interstate 88 en route to Clinton, though, I started searching for something new to listen to. I prefer country, but anything interesting will do. Well I found one. To my surprise, the station was the home of the Clinton Lumberkings.
And the Lumberkings' pregame show was about to begin.

I arrived in Clinton just in time to take in a few bonus innings of baseball.

I was reminded recently of this - and that I hadn't posted about it - while researching the 1990 Clinton Giants. I figured better late than never. This was also a highlight of a trip that quickly turned into something vastly different.

After listening to the first couple innings on the radio on my way into town, I arrived at what is now called Ashford University Field. From 1937 to 2001, it was called Riverview Stadium.

At this game, the Burlington Bees were in town playing the Lumberkings. I could only stay a few innings. I hate to arrive late and leave early, but this was an exception. It was just a bonus to see a little bit of the game.

Pictures from my brief visit are below. The first one is of a picture I found in the Lumberkings souvenir shop. It's of the very 1990 Clinton Giants featured here. 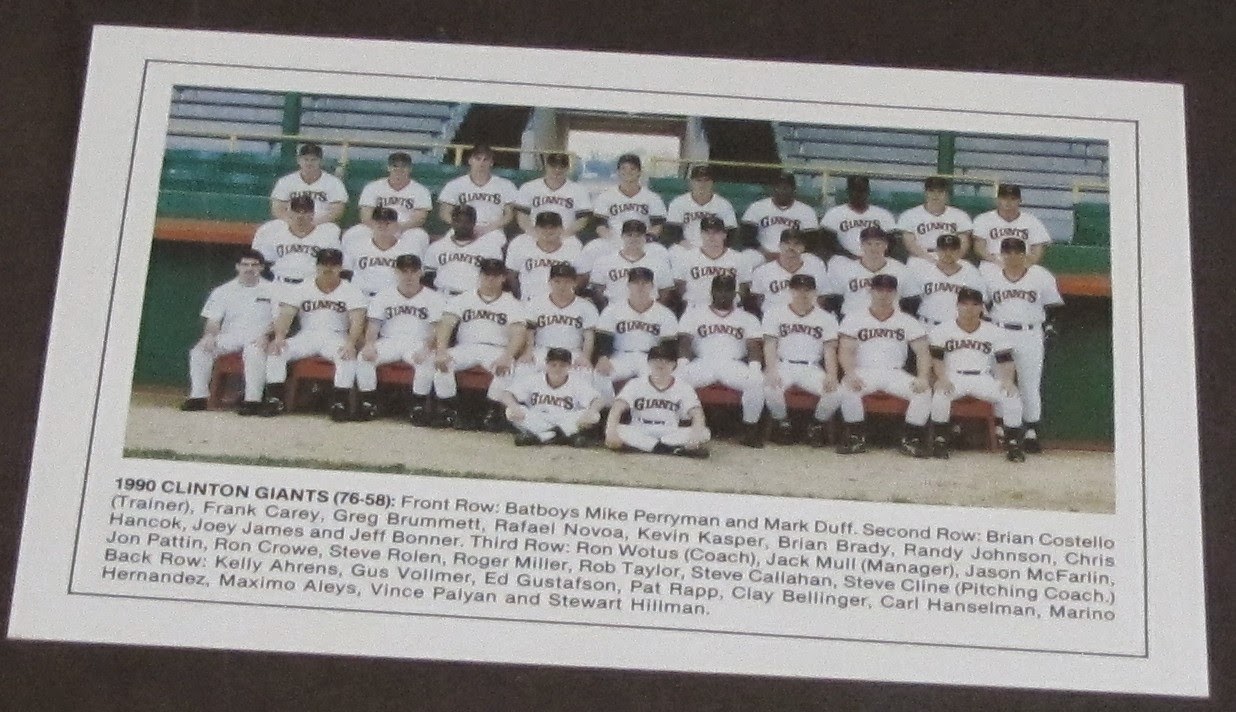