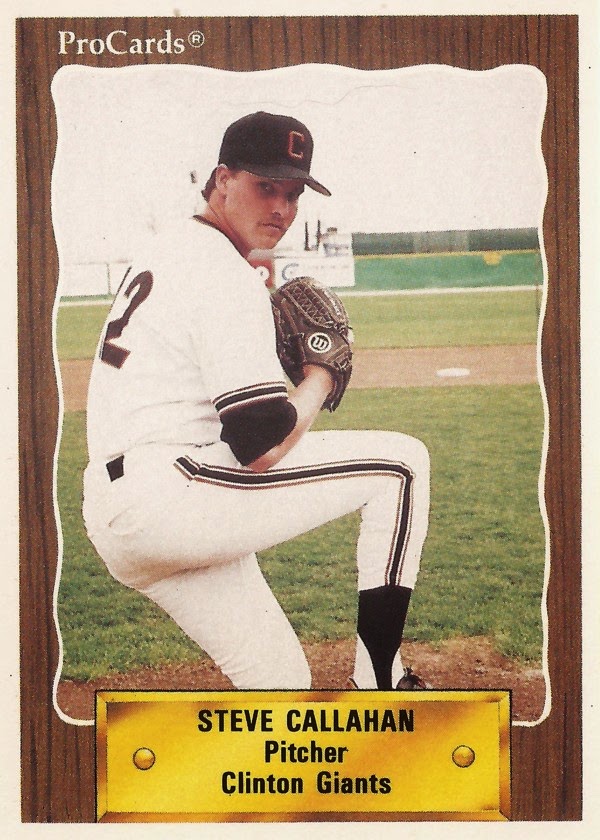 Steve Callahan's fastball was called blazing. That fastball helped his Lewis-Clark American Legion team be called state champions, according to The Spokane Spokesman-Review.

Callahan took a no-hitter into the sixth inning of this August 1985 Idaho State American Legion Baseball Tournament. Lewis-Clark ended up winning by a score of 11-4, The Spokesman-Review wrote.

Four years later Callahan would take that fastball to the pros. He couldn't take it to a long career. He played four seasons as a pro. He never made AA.

Callahan's pro career began in 1989, taken by the Giants in the 17th round of the draft out of Lewis-Clark State College in Idaho.

At Lewis-Clark State, Callahan made second-team NAIA All-American in 1988. That June, helped his team to another NAIA title, Callahan named series MVP.

With the Giants, Callahan started at short-season Everett. In 26 relief outings, he picked up six wins, six saves and a 2.25 ERA.