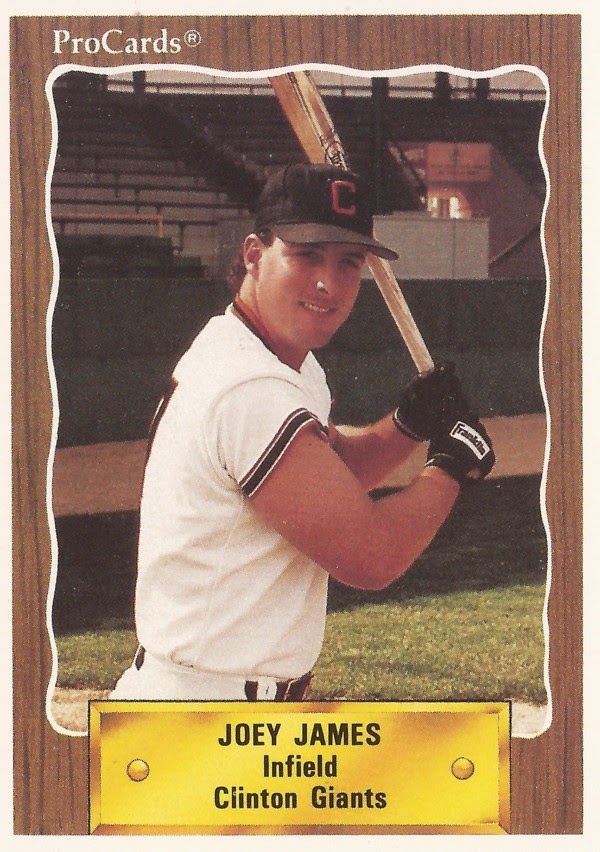 Joey James wanted to play a position. He didn't want to play designated hitter, according to The Los Angeles Times.

So, after mostly playing DH his junior year in college and his first pro season, James welcomed an opportunity to play first base at single-A Clinton in 1990, The Times wrote.

"It made things better just when they told me that I would have a position," James told The Times. "I liked that. It meant I would be more involved in the flow of the game, and I knew that would make a difference."

James was able to make a difference that year with a .289 average and 18 home runs. His professional career, though, lasted just one more season. He never made AA.

James' career began in 1989, taken by the Indians in the 16th round of the previous year's draft out of UCLA.

With the Indians, James played 1989 at short-season Watertown. He hit .233 over 59 games. He only made it into the field once, playing at first base.