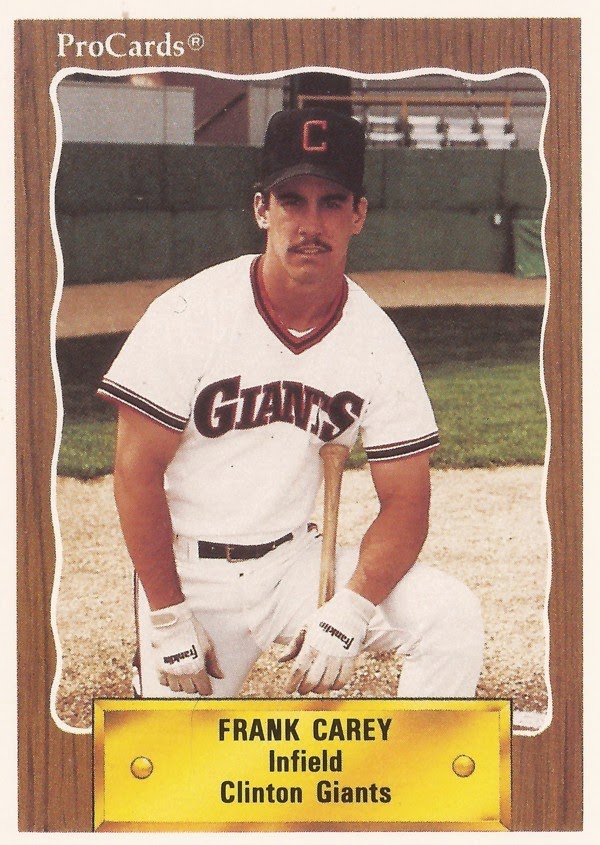 Stanford won its second-straight College World Series championship in 1988 and helping them get there was Frank Carey.

Carey went 4 for 4 in one regional game and three in a series game. To The Associated Press after the big win, Carey reacted to his team's success.

"This is great to come back here and win it two years in a row," Carey told The AP. "You need a lot of intangibles to work. This is unbelievable."

Carey went on to turn pro the next year. His professional career, though, was brief, just three seasons. He briefly made AA, but didn't make it higher.

Carey's career began in 1989, taken by the Giants in the eighth round of the draft out of Stanford.

With Stanford, Carey hit a two-run triple to give Stanford a lead in a 1987 College World Series game.

In 1988, Carey picked up those four hits in the regional game to send the Cardinal on to Omaha. Then, in Stanford's first game, Carey hit a two run shot and got two other hits.