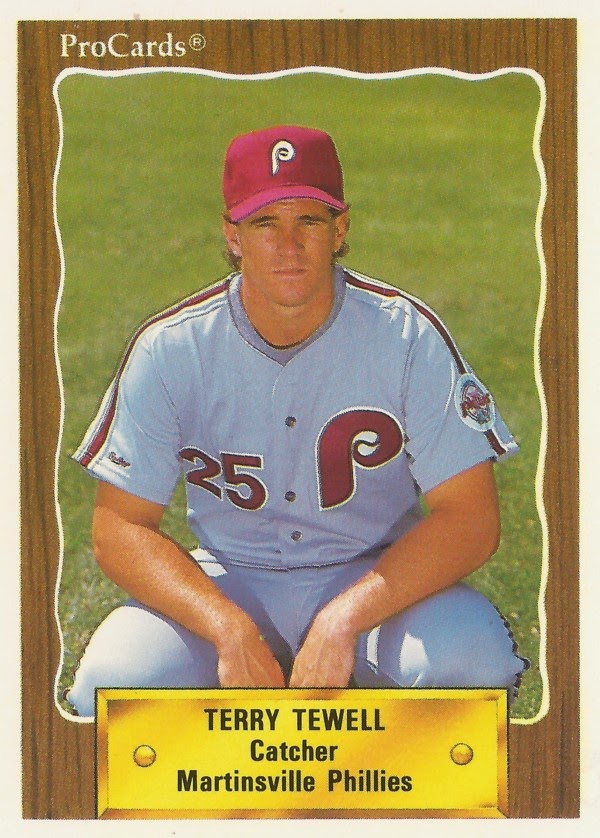 Terry Tewell had to wait almost a year but he was finally turning pro.

After being taken by the Phillies late in the 1989 draft, Tewell signed right before the 1990 draft, after getting in more time in college, according to The Los Angeles Times.

"It was good to have options," Tewell told The Times. "We went back and forth until the offer was right. It's a good organization and it seemed right. It hasn't really hit me that I'm going to play professionally, but it's getting closer."

Tewell soon played professionally at rookie Martinsville. He went on to play at short-season Batavia and high-A Clearwater. He also played in independent ball. He never made AA.

Tewell's career began that year in 1990, having been taken by the Phillies in the 51st round of the draft out of Cypress College in California.

At Cypress, Tewell hit .344 by the end of April 1990. His coach Scott Pickler explained to The Times how Tewell was as a hitter.

"When he uses the whole field and doesn't try to pull everything, he's a much better hitter," Pickler told The Times. "Sometimes he goes with the pitch really well and other times he tries to pull too much. That's when he goes into a slump."

With these Phillies, Tewell started with rookie Martinsville. He got 17 games there, hitting .222. The catcher moved to short-season Batavia mid-season, hitting just .193 there.

He moved to high-A Clearwater in 1991. He knocked in two runs on a double in an August game. Overall, the catcher hit .210, with seven home runs. He played at Clearwater again in 1992. He hit .208 in 52 games. It was his final season with the Phillies organization.