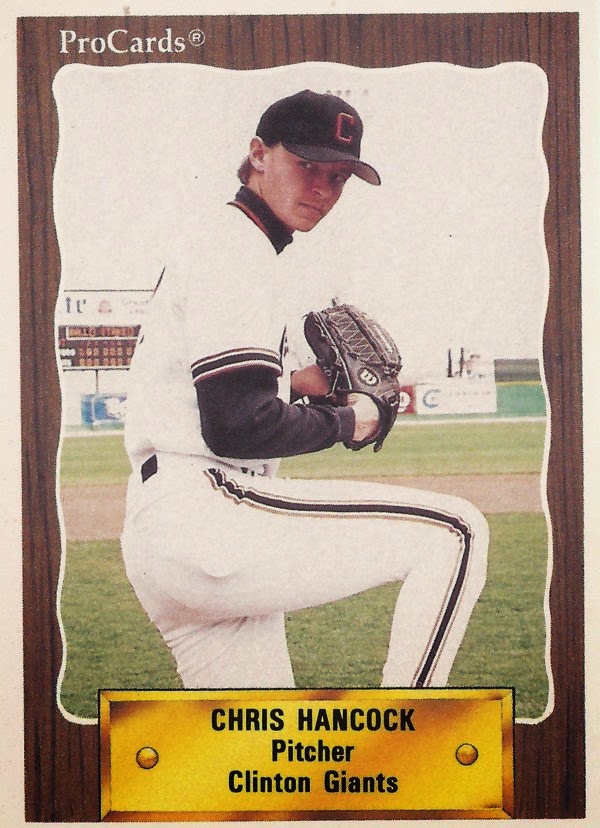 Chris Hancock was one of two quarterbacks at Fontana High School in 1986 and in one November game he helped lead them to a win, according to The Los Angeles Times.

"We've done that 'switch quarterbacks' every game this year," Bruich told The Times. "Hancock is our relief pitcher."

Hancock was also an actual Fontana High School pitcher. Soon, he'd be an actual professional pitcher, though a starter and not a reliever.

Hancock's professional playing career lasted nearly a decade, but he never made the majors.

Hancock's playing career began in 1988, taken by the Giants in the second round of the draft out of Fontana High.

After getting just nine starts in 1991 at high-A San Jose, Hancock made AA Shreveport for the first time in 1992.

He moved to the Marlins system for 1995, getting just four outings there. He played the rest of the year in independent ball between Tyler and Aleandria.