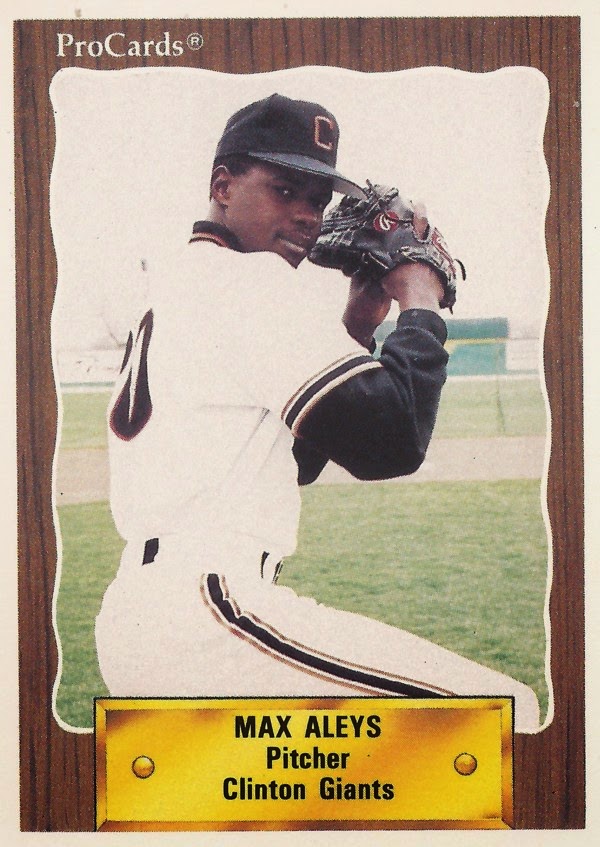 Maximo Aleys had a quality start in this July 1989 game. He went eight innings and gave up three runs in an Everett Giants win, according to The Spokane Chronicle.

"He's a good young guy," Staton told The Chronicle. "He controlled us pretty good tonight. It's the second time we've faced him, and he's done it to us both times."

Aleys had an even better game earlier - he threw a no-hitter. Aleys, however, couldn't keep it up. He played just two more seasons. He never made AA.

Aleys' career began that year, signed by the Giants as an amateur free agent out of his native Dominican Republic. He's also referred to as Max Aleys.

He moved to single-A Clinton in 1990 and moved to relieving. In 25 outings, four starts, Aleys went 2-3, with three saves.

Going into 1991, Aleys gave advice to another Dominican hurler about Clinton, Salomon Torres.

"Max Aleys, a pitcher for Clinton in 1990, told me about Clinton last winter in the Dominican," Torres told The Carroll County Review. "He said that it was cold, but it was a nice city and very quiet."