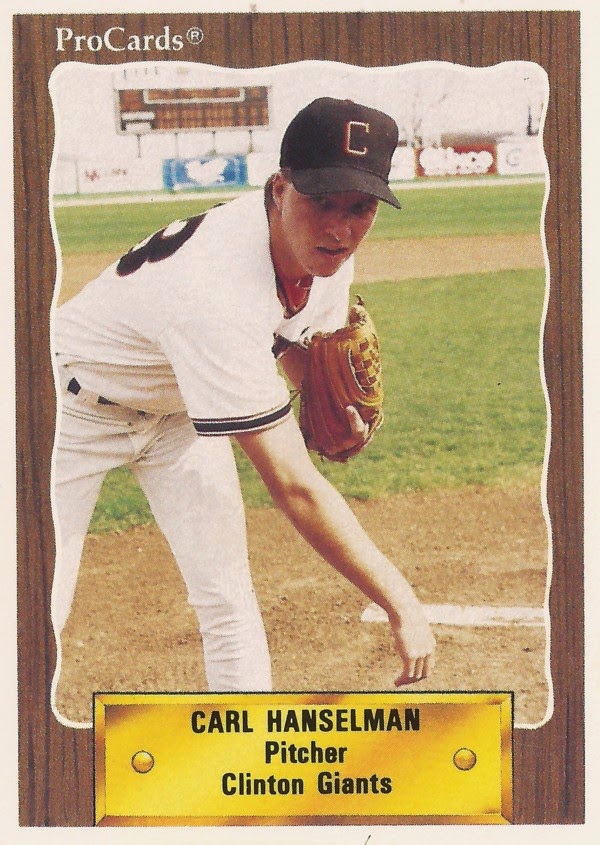 Carl Hanselman was his high school team's ace. And as such, was given all the tough games, his coach Gerald Hodgin told The Orlando Sentinel in May 1988.

"He has all the tools to be one of the best pitchers ever to come out of this area," Hodgin, the head coach at Florida's Merritt Island High School, told The Sentinel. "He's a good athlete with a super arm and he is a competitor that wants to win.''

Hanselman soon went directly from Merritt Island to the pros. He ultimately played professionally for eight seasons. He made AAA, but he never made the majors.

Hanselman's career began that June, taken by the Giants in the fourth round of the draft out of Merritt.

Hanselman started with the Giants at rookie Pocatello. In 12 outings, 11 starts, Hanselman went 1-8, with a 8.34 ERA.

His season got off to a poor start after a blister formed in his first game and gave up several runs on eight hits in his second, The Sentinel wrote.

''I was throwing the ball really good and really hard, but it's one of those things," Hanselman told The Sentinel. "They hit a lot of base hits to the right side and only three were hit hard, but they were all falling.''