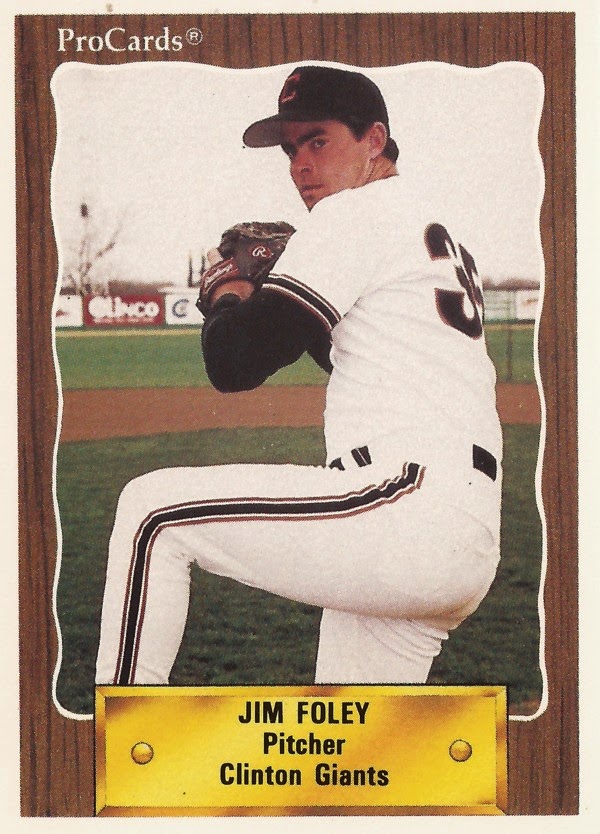 Jim Foley did his best to get his team a win in this May 1987 state tournament game, but he and his team fell short, according to The Los Angeles Times.

The Orange Coast College starter went the distance in the game, getting past the sixth inning for the first time in five starts, The Times wrote. But Orange Coast lost and was eliminated from tournament play.

Foley went on to do his best in the pros, but his best was only good for a brief career. He played three seasons, never making AA.

Foley's professional career began in 1988, taken by the Athletics in the 40th round of the draft out of Cal State Fullerton. He went to Fullerton after playing at Orange Coast.

At Orange Coast in 1987, he had an 8-1 record by mid-April, throwing an eight-hitter in his eighth win. Foley went into the sixth inning of a May game. He left with his team behind, but Orange Coast came back for the win.

With the Athletics, Foley played his first season between the rookie Arizona League and single-A Modesto. He went 4-6 between them in 16 outings, with a 7.67 ERA.