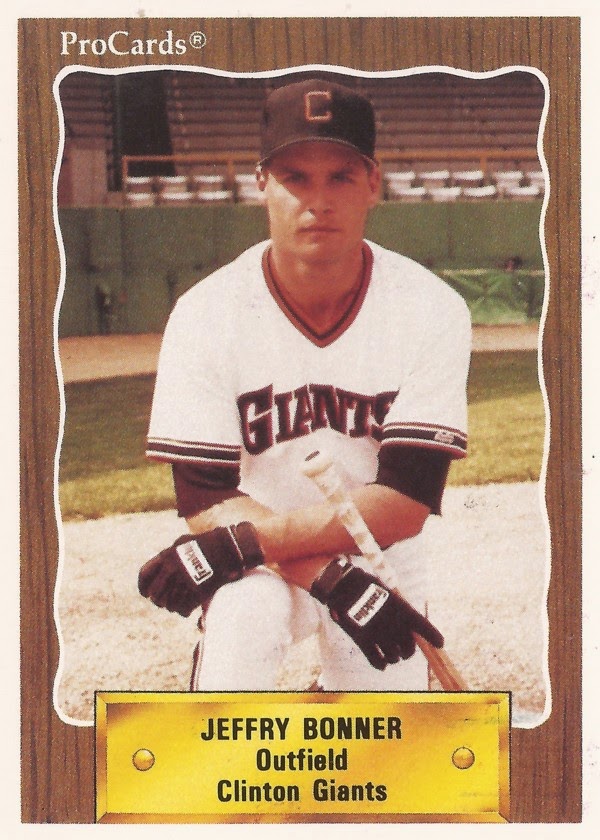 Jeffry Bonner hit well in this July 1989 game for Clinton, but he couldn't seem to push any runs across.

But he wasn't alone in his frustration. It seemed like nobody else could, either. That's because this game between Clinton and the Waterloo Diamonds went 25 innings.

Bonner stayed in for the long haul. He got 10 at bats for Clinton in that game, picking up three hits. He didn't score and he didn't knock in any runs.

As for Bonner's career as a whole, that didn't end up being long. That was his first professional season. He got into just two more.

Bonner's career began that year in 1989, signed by the Giants as a free agent out of his native Maryland.

Bonner played his first year for single-A Clinton. The outfielder got into 117 games for the club, hitting .233. He knocked in 32 and stole 17 bases.