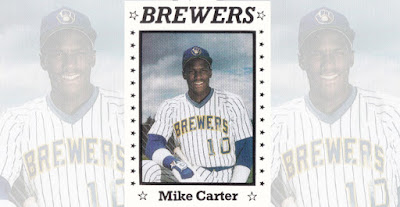 Mike Carter hit the game-winning double on the first pitch he saw in the ninth inning of this July 1990 contest with rookie Helena and afterward he explained how he did it to The Helena Independent-Record.

"The first one is the best one usually," Carter told The Independent-Record. "I thought he'd throw a fastball, but I saw him shake off the first sign. Then I looked for something off-speed."

That year at Helena also marked Carter's first one as a pro. He went on to see a total of 13 pro campaigns. He topped out at AAA.

Carter's career began that year in 1990, taken by the Brewers in the third round of the draft out of the University of West Alabama.

Carter saw brief time with the Angels at AA Midland for 1997, then played the rest of the season in Mexico.

Over the next five seasons, Carter saw time in independent ball and in Mexico. In 2001, he returned to affiliated ball with the Braves as he spent the year at AAA Richmond. He hit .294 in 104 games there.

Carter last played in 2002, when he saw time at independent Bridgeport and in Mexico at Yucatan to end his career. 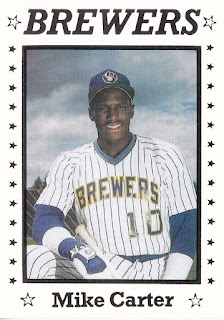