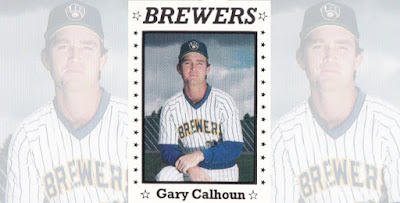 Having spent well over three decades as a coach in college and in the pros, Gary Calhoun described his coaching style in September 2019 to The Cape Cod Times.

"I try to coach the way I liked to be coached," Calhoun told The Times. "I'd hope I’m a players' coach, but there are times when you wonder if you are because you have to put your foot down here and there."

Calhoun spoke to The Times as the Hyannis Harbor Hawks of the summer Cape Cod League announced Calhoun would continue his coaching career there for summer 2020.

Calhoun's time in baseball stretched back to the 1970s and a brief stint as a player. He then later found a home as a coach at Hillsborough Community College in Florida and also see time as a coach with the Brewers, Tigers and Yankees systems.

Calhoun's playing time took place in 1976 in the unaffiliated Gulf States League. Calhoun is recorded as playing 15 games with Baton Rouge. He went 9 for 52.

By 1987, Calhoun had found Hillsborough as the school's head baseball coach. In January 1988 to The Tampa Tribune, he looked ahead to that coming season and his new crop of freshmen.

"You never know how they'll play together. You can't tell until you start playing games. But if we play up to our capabilities, we have as good a chance as anyone to win the conference," Calhoun told The Tribune.

Hillsborough went on to win the NJCAA World Series and Calhoun Coach of the Year honors.

In 1990, Calhoun spent the summer in the Brewers system, as manger at rookie Helena. He then spent summer 1991 managing short-season Niagara Falls, with the Tigers.

In April 2018, Calhoun prepared to take the field as an assistant coach with the collegiate Keene Swamp Bats.

“Being from the JC level," Calhoun told The Keene Sentinel then, "Your mindset is that every one can be good. All you try to do as an instructor is to help them get better, in a summers time if they are open to learning."

Calhoun moved up to manage Keene for 2019. His 2020 season with Hyannis, along with many other 2020 seasons, though, never happened due to the coronavirus pandemic. 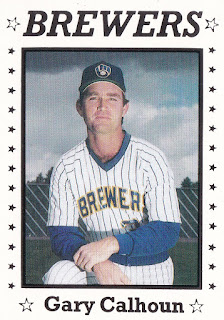