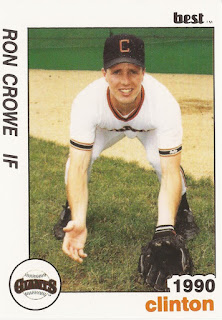 He returned for one more season in 1993. He got into just 42 games back at Clinton and San Jose, ending his career.