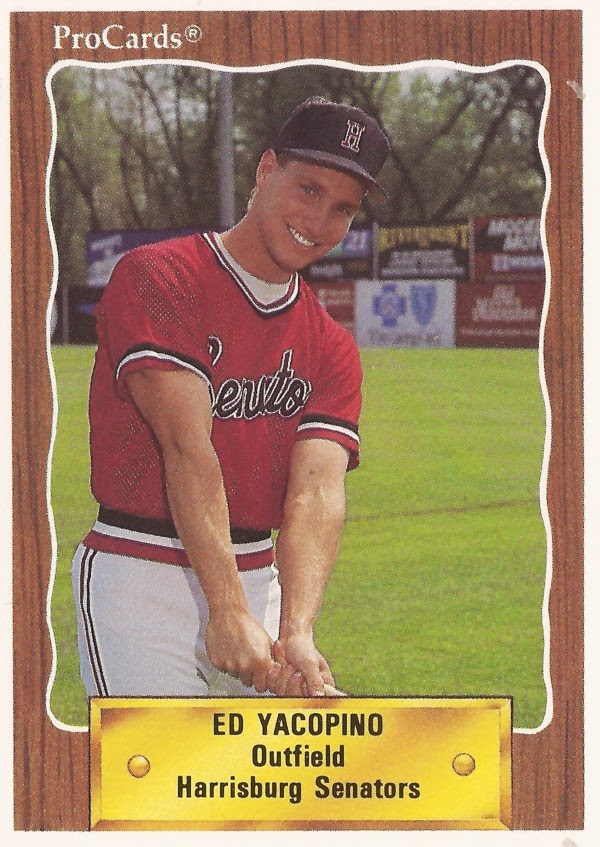 By his seventh professional season, Ed Yacopino had made AAA, but he hadn't made the majors.

Assigned to AAA Rochester in April 1993, Yacopino's prospects of making it to the bigs took a hit as he lost his starting job, The Pittsburgh Post-Gazette wrote.

"The only way I'm ever going to get a shot at the big leagues is by putting up good numbers," Yacopino told The Post-Gazette. "But I won't be able to do that from the bench."

That season ended up being Yacopino's last. He didn't make the majors.

His career began in 1987, signed by the Pirates as an undrafted free agent out of his native Pennsylvania.

His 1991 season was another started at AA for Yacopino. It was also one where his frustration grew. In May, he asked for his release, then left the team. He told his manager he was burned out on baseball, The Post-Gazette wrote.

After about a week away, he was allowed to return. Soon, he asked for and received his release. He signed with the Orioles and played out the year at AA Hagerstown.

"I just wanted a fresh start and a chance somewhere else," Yacopino told The Beaver County Times the next spring. "Some people thought I was crazy, but I knew it was time to move on."