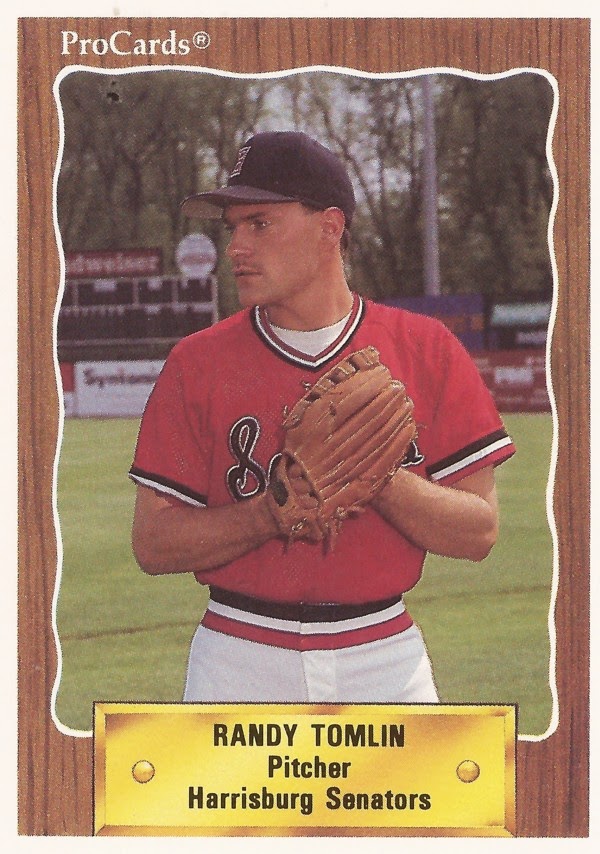 Randy Tomlin got called up to the Pirates in August 1990 and he ended up throwing a complete-game, five-hitter, while giving up a single run.

It was his major league debut.

"My heart was almost pumping out of my chest until I threw the first pitch," Tomlin told The Pittsburgh Press days later, "then I was alright."

In the end, Tomlin saw time in five major league seasons before injury slowed him. In Pittsburgh's run back to the post season in 1992, Tomlin recorded 14 wins.

Tomlin's career began in 1988, taken by the Pirates in the 18th round of the draft out of Liberty University in Virginia.

Tomlin started at short-season Watertown. He made AA Harrisburg first briefly in 1989, then for most of 1990. He also got three outings at AAA Buffalo. In August, he made Pittsburgh.

In April, he threw a five-hitter against the Mets. Two of those hits were home runs, The Pittsburgh Post-Gazette wrote.

"It feels good to have control of my pitches - for the most part," Tomlin told The Post-Gazette afterward.

That August, The Press wrote about an important part of Tomlin's success - the Vulcan change. It's thrown with the ball between the ring and middle fingers, like Spock's gesture on Star Trek.

He developed it, The Press wrote, at Harrisburg while working with teammate Joe Ausanio. The pitch went away from right-handers. "Next day I used it in a game," Tomlin told The Press.

Tomlin missed all of 1995. He then returned for two seasons in the minors, ending his career.

Soon, Tomlin was back at Liberty University as pitching coach. He stayed there until moving back to the minors in 2007 as a pitching coach in the Nationals organization, including back at Harrisburg.