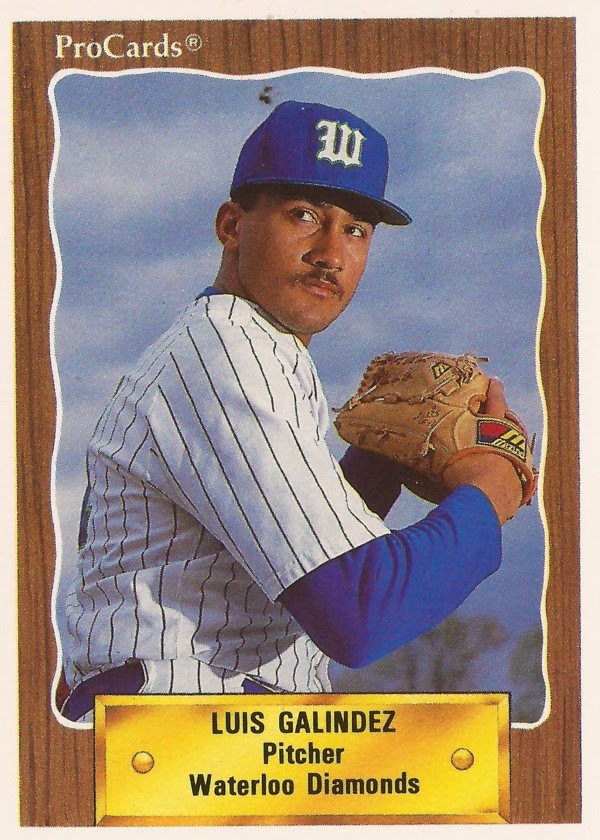 Luis Galindez came on late in this July 1989 game against Clinton - really late in the game.

Galindez was called on by his Waterloo Diamonds in the top of the 23rd inning of this marathon game. Galindez gave up a walk, but otherwise got out of the inning unscathed, according to the box score at Malamut.net.

Galindez pitched that single inning, the seventh of eight Waterloo hurlers to take the mound that night. Waterloo's eighth pitcher on the night recorded the victory as Waterloo took it in the 25th.

The game was the longest in Midwest League history. Galindez' career ended up being short by comparison. He was in his second pro season that year. He got into just three more, never making the majors.

Galindez' career began in 1989, signed by the Padres as a free agent out of his native Puerto Rico.

Galindez returned to Waterloo in 1990. He also pitched comparatively better. Serving as a full-time starter, Galindez went 10-7, with a 2.78 ERA. He also made the Midwest League All-Star team.