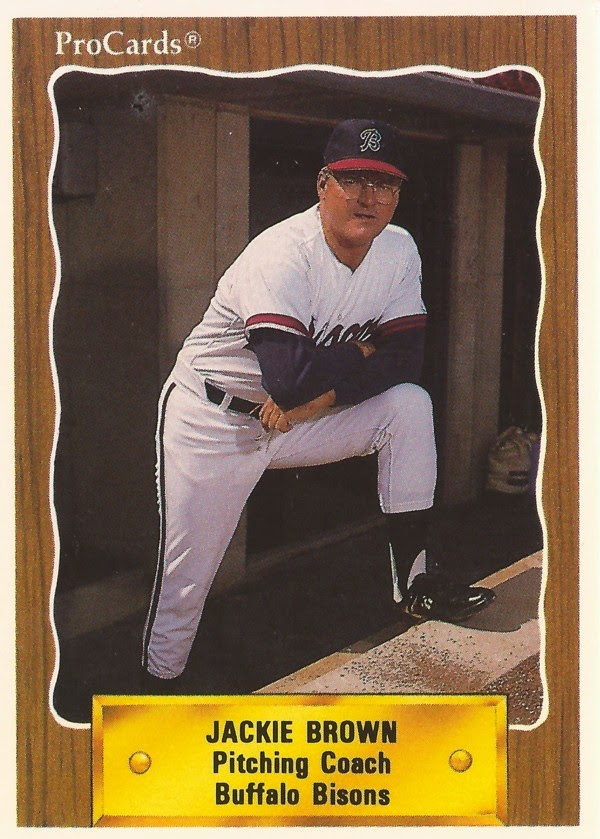 Hired by the White Sox as pitching coach for 1992, Jackie Brown explained his style to The Sarasota Herald-Tribune.

By then, Brown had been watching what was going on in one place or another for three decades, both as a player and as a coach.

Brown's baseball career began in 1962, signed by the Phillies as an amateur free agent out of Moss High School in Oklahoma. Brown is the uncle of longtime minor league player and manager Daren Brown.

He started at Class D Miami. He first made AA Macon in 1966. For 1968, he moved to the Senators system and AA Savannah. He then made his major league debut in Washington in 1970.

Brown got to the bigs after a minor league career that saw him miss significant time to illness and injury, The Associated Press wrote.

"I've been playing nine years and I'm just glad to be here," Brown told The AP after his debut.

By the time his major league playing career was over, Brown had seen time in seven seasons, amassed a career record of 47-53 and had a career ERA of 4.18.

Soon after, he started his coaching career. He's credited as an assistant coach for the Rangers in 1979 and as pitching coach in 1982.

He moved to the Pirates and AAA coaching duties in 1986, staying at that level for the club through 1991. One of the pitchers Brown helped there was Vicente Palacios. Brown was credited with helping Palacios with his off-speed pitch and helping other pitchers, including Barry Jones.

"What he did was make me realize I had to be myself," Jones told The Pittsburgh Press in April 1988 of Brown. "He told me to go out there and pitch my way and, if he saw anything that needed work, he'd talk to me."