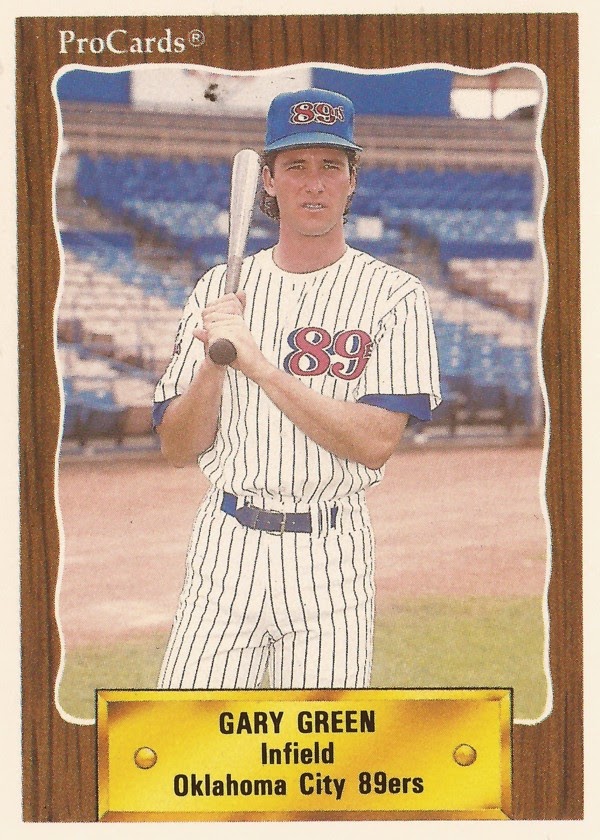 Garry Templeton was making a million dollars. It was that simple, Gary Green told The Pittsburgh Post-Gazette in 1987.

The implication: As long as Templeton stayed with the big club in San Diego, Green was staying at AAA Las Vegas.

"That's what it all comes down to," Green told The Pittsburgh Post-Gazette. "There's nothing I can do about it. You just got to come down here and do the best you can and something will work out eventually. You just got to stay positive and stay with it."

That was all after a college career at Oklahoma State where Green played well enough to make the 1984 U.S. Olympic baseball team as a shortstop.

After a professional career that lasted 11 years total, Green has since gone on to a career as a coach and manager in the minors.

The Padres selected Green in the first round of the 1984 draft, 27th overall. Green told reporters he was happy with the pick and happy to go to the National League. Green was also the son of former National Leaguer Fred Green, who pitched for the Pirates in the 1960 World Series.

In September 1986, he made his major league debut. He got into 13 games, getting seven hits in 33 at bats, for .212 average. With those batting average numbers, it was Green's hitting that the Padres believed he needed to work on.

"There's no question Green can be good enough to do the job defensively," Padres manager Steve Boros told The Los Angeles Times. "But the way we scored runs this year, we've got to have a little offense from our shortstop position, too."

Green arrived in the Rangers system for 1990, taken in the minor league draft. It was that year that Green saw his most playing time. He got into 62 games for Texas, hitting .216.

He then got into eight games with the Rangers in 1991 and eight more with the Reds in 1992, ending his major league career. Green continued playing though into 1995, last playing at AAA Omaha for the Royals.

By 1996, Green was hitting coach at AAA Toledo. By 1999, he was a manager in his own right, with the Gulf Coast League Tigers. He last managed in 2010 at single-A West Virginia. For 2012, Green is putting his defensive skills to work, serving as the Pirates' minor league defensive coordinator.