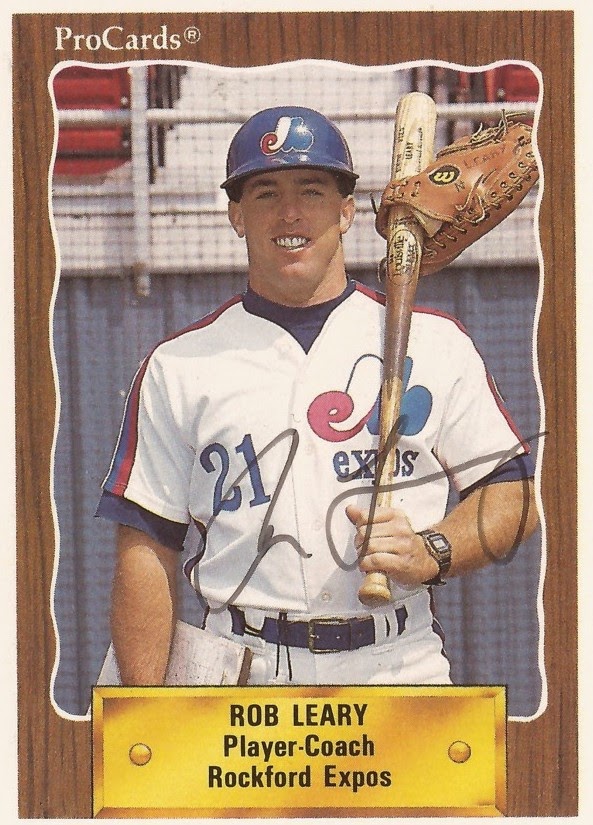 Rob Leary remembered the conversation as a difficult one.

It came in spring 1990 and the message was a tough one to hear: The Expos didn't see Leary as a major league player.

What the team saw him as was a coach.

"I thought about it for a few days and I decided to take the position," Leary recalled recently. "As much as I still believed in my abilities (as a player), I think it was a great decision for me."

With that decision, Leary put aside his original goal of making the majors as a player. But that decision also put him on course to make to the majors all the same, just in a different capacity.

After years serving in multiple capacities in the minors, Leary finally made it to the majors in 2010 as an assistant coach with the Red Sox. And he's still in the majors in 2014, serving as bench coach for the Miami Marlins under manager Mike Redmond.

Leary spoke to The Greatest 21 Days by phone recently from San Diego, where the Marlins were taking on the Padres.

He spoke about his beginnings in the game as a youth south of San Francisco, working his way up through college and then into the pros. He also spoke of his turn to coaching, and his eventual arrival in the bigs.

When Leary was old enough, he was a bat boy for his father's team. He played in Little League and the local Catholic school league. He also played basketball and some football.

"I don't know how my parents did it all the time, getting all five of us to our activities," Leary said. "But they did a great job of helping us, supporting us and giving us the opportunity to play."

It was in youth baseball that Leary got to regularly see a major league player up close. One of Leary's teammates was none other than a young Barry Bonds. Bonds' father Bobby Bonds often came to games.

Leary recalled drawing some inspiration from getting to meet and know a major league player in Bobby Bonds.

As for becoming a professional player, and even a major league player, himself, Leary said it was something he thought about.

"I certainly dreamed about it, but I also knew it would be a lot of hard work to be able to achieve it," Leary said.

Leary graduated from Serra High School in San Mateo, then went to college locally at the College of San Mateo. It was during his freshman year that he started to get the attention of scouts.

He got enough attention to be taken in the January 1983 draft by the Dodgers, in the eighth round. Leary wasn't expecting to be drafted, though he had talked to the Dodgers scout. He didn't sign.

If they'd made a strong offer, he might have signed, he recalled. But he believed it was best for him to stay in school and continue playing there.

"Physically I don't think I was strong enough," Leary said. "I thought that I needed a lot more work and a lot more playing time and experience in college before I was ready to go out and try to play professional baseball."

His education was also important to him and is family.

From San Mateo, Leary moved on to Louisiana State University, getting an opportunity to win the starting job right away with a full scholarship. In 1986, Leary helped the team to its first of many College World Series appearances.
LSU went out early in that first appearance, getting eliminated in its third game. But it was during that appearance that Leary got word that he'd been drafted again. This time, it was the Expos who came calling, taking him in the 12th round.

"I was thrilled, I was extremely happy," Leary said of getting drafted.

He was also taken by a club whose scouting director was a man he now considers a lifelong friend, Gary Hughes. Hughes had even went to the same high school as Leary did.

Leary's mother was at the College World Series with him. Once LSU got eliminated, their attention turned to the Expos.

"The next morning, I sat down with the Expos, with my mother, and we came to an agreement on a contract," Leary recalled. "I get to go home for a week and then I started out my professional baseball career."