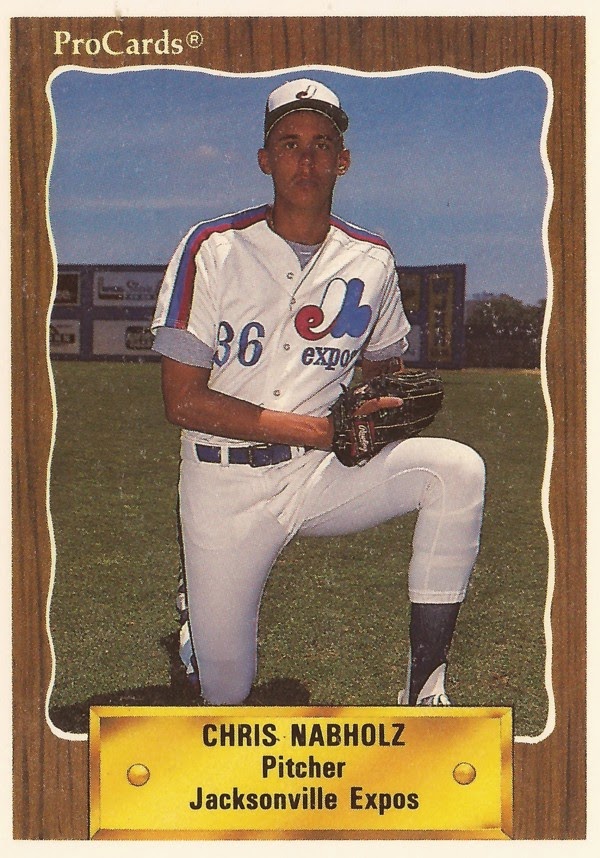 Chris Nabholz came back from tendonitis in August 1991 and didn't begin well. The Expos starter picked up two no-decisions and three losses in his first five starts back.

But Nabholz stuck with it, and his fortunes turned.

"A lot of things go through your mind when you lose a couple and get the no-decisions," Nabholz told his hometown Reading Eagle. "Then, I started to get a couple breaks. Now, I've got four wins in a row."

Nabholz ended up concluding the season with two more wins, for a final record on the year of 8-7. He was in his second year in the majors that year, he went on to pitch in four more.

Nabholz' career began in 1988, taken by the Expos in the second round of the draft out of Towson University.

Nabholz started 11 games for the Expos in 1990, going 6-2, with a 2.83 ERA. In late August, Nabholz threw a one-hitter over seven innings against the Dodgers. But Nabholz looked for what needed improvement.

"I gave up one hit, but I walked six," Nabholz told reporters afterward. "That's not exactly what I wanted to do."

"He's experienced," Indians GM John Hart told The Associated Press after the trade. "He's got a winning record in the big leagues and he's left-handed."