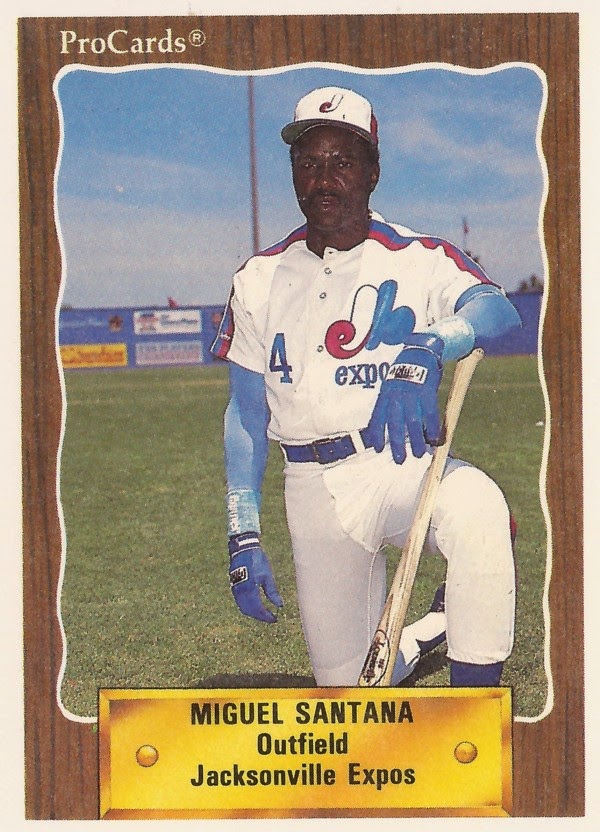 Miguel Santana got a hit off a major leaguer, he just tried to stretch it too far, according to The Associated Press.

Playing for the single-A Vero Beach Dodgers in this May 1988 game, Santana lead off the game with a hit off rehabbing Ron Guidry. Instead of staying at first, Santana went for the double and got thrown out, The AP wrote.

Santana went on to make AA San Antonio later that year, but AA would be the highest he'd get. Santana never got to hit against a major league pitcher in the bigs.

Santana's career began in 1986, signed by the Dodgers out of his native Dominican Republic.

Santana arrived at Vero Beach for 1988, getting 85 games there and 29 at AA San Antonio. For Vero Beach in April, Santana picked up a bunt single and scored. Between the two levels, he hit .282, with 66 stolen bases.