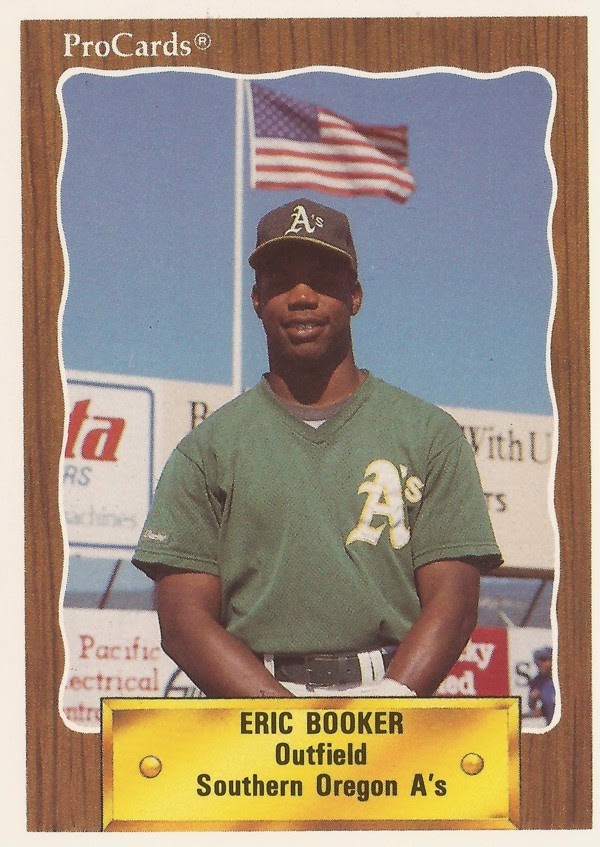 The toughest thing to get used to in the pros, Eric Booker told The Madison Capital Times in 1992, was the wood bats.

"If a guy had an ugly swing and made bad contact in college, the ball would still end up going 350 feet," Booker told The Capital Times. "Here if you do the same thing, the ball is only going to go about 220 feet, so it's a pretty big adjustment."

Booker spoke to The Capital Times in his third season since making that adjustment. He played two more seasons, but he could never make enough of an adjustment to get him higher than AA.

Booker's career began in 1990, taken by the Athletics in the 27th round of the draft out of San Jose State University.

At San Jose State, Booker scored 69 runs in 1990, still good for third all-time at the school. He also walked 63 times, most ever by a San Jose State player, and hit .383. He was later inducted into the school's Hall of Fame.

With the Athletics, Booker started between short-season Southern Oregon and high-A Modesto. In 61 games, he hit .307, with 38 RBI. He knocked a three-run home run in a July game with Southern Oregon. He also made the Northwest League All-Star team.

For 1991, Booker returned to Modesto. He also got time at AA Huntsville. He singled and scored in an August game for Huntsville. In 30 games at AA, Booker hit .257 with 17 RBI.

Booker played 1992 between Modesto and single-A Madison. Between them, he hit .246 with nine home runs and 51 RBI. It was his final year in affiliated ball.