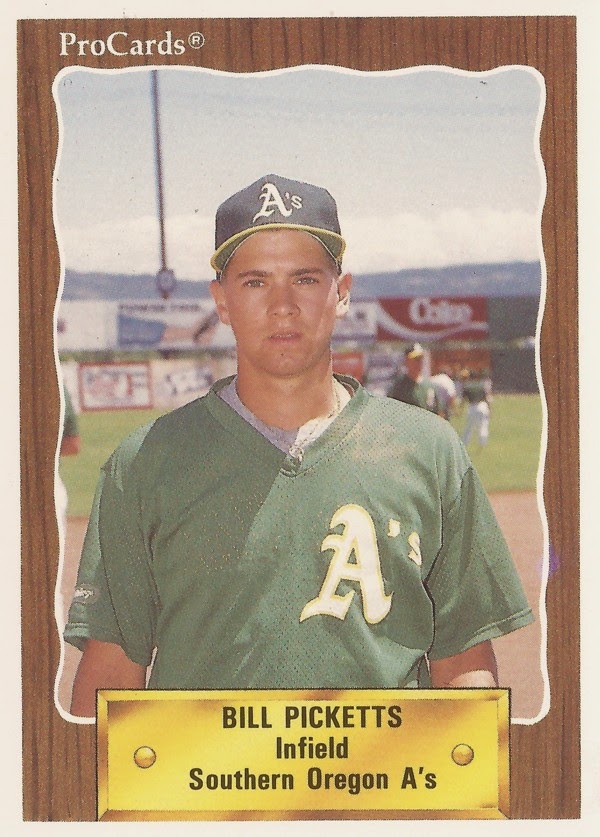 Bill Picketts grew up an outfielder. It was in college that he learned to play second base.

To The Los Angeles Times in 1990, Picketts said it was at second - and elsewhere - where he saw his future.

"I never thought I'd be a big enough power hitter to make it in the outfield," Picketts told The Times as he had success at short-season Southern Oregon. "I think my future is as a utility guy."

For Picketts, though, his future consisted of just two more season. He never made AA.

Picketts' career began that year, taken by the Athletics in the 12th round of the draft out of Cal State Los Angeles. He went to Cal State LA out of Canyon Country in California.

With the Athletics, Picketts played his first season at Southern Oregon .He hit .250 over 68 games. He also knocked in 41. He knocked in a June run on a double. He tied a July game early with a single.

He moved to single-A Madison for 1991. There, he hit .253 over 99 games. He also played at second, third and short. He drove in a June run on a pinch-hit single, giving Madison the lead.

Picketts later returned to Canyon Country. He also started work to get kids involved in the game. In 2013, Picketts served as president of the local Little League. Picketts worked to get others in to help, as well, he told The Santa Clarita Valley Signal.