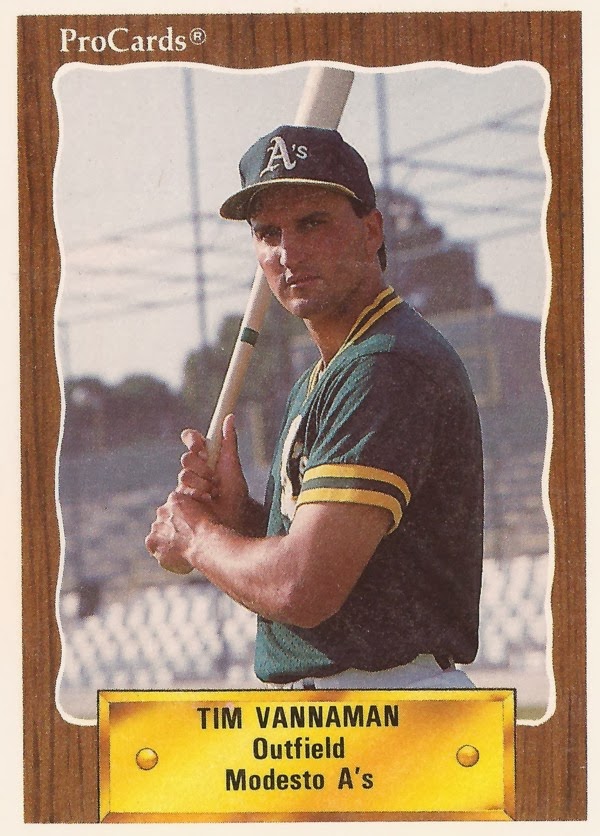 Tim Vannaman was happy with his decision to turn pro in 1988, he told his old college newspaper at Rice University after he signed.

"I had been thinking about it a lot, and I went over it with my father," Vannaman told The Rice Thresher in July. "I was coming off a good season at Rice, and the money was good."
Vannaman signed with the Athletics, forgoing his senior year of eligibility at Rice. His pro career, though, didn't end up as Vannaman had hoped. He played just three seasons, never making AA.

Vannaman's career began that year in 1988, taken by the Athletics in the 39th round of the draft out of Rice.

Vannaman hit a 1987 home run for Rice in an April game. That summer, he played for the Nevada Griffons, hitting a pinch-hit home run in a win.

With the Athletics, Vannaman played his first year at short-season Southern Oregon. In 55 games, he hit .273, with 17 RBI. He scored two runs in a late-August game. He then knocked in one in another game.

Vannaman moved to single-A Madison for 1989. There, he hit .241, knocking 13 home runs and batting in 59. In July, he hit three-run home runs in consecutive games for Madison, the second one helping his team to a 7-4 victory, according to The Madison Capital Times.