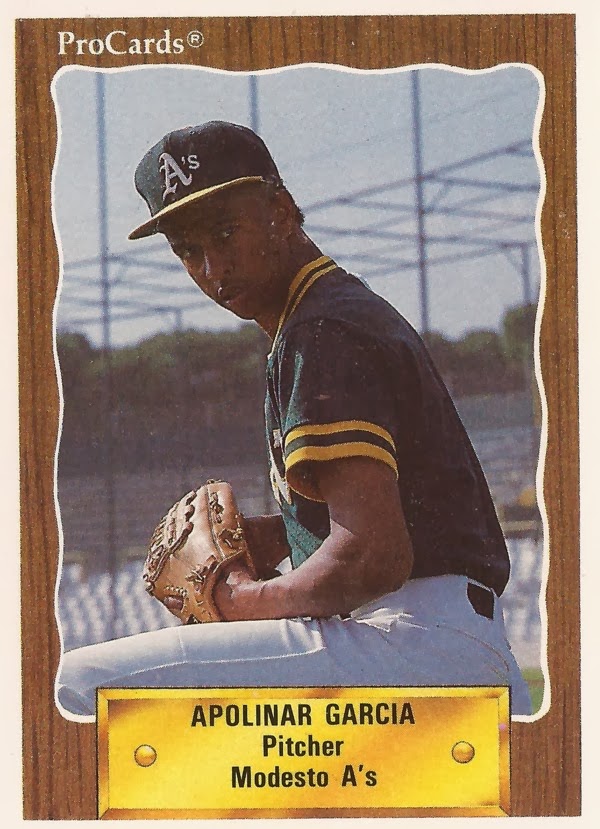 Apolinar Garcia moved to independent Long Island in mid-2000 and Garcia fight right in, even before he picked up his first win for his new club.

"As soon as I got here," Garcia told Newsday, "everybody was like a family. They made me feel comfortable."

Garcia spoke to Newsday after a performance where he struck out seven. He did that in his 10th season as a pro. In that career, Garcia made AAA, but he never made the majors.

Garcia's career began in 1988, signed by the Athletics as a free agent out of his native Dominican Republic.

Garcia played his first year between the rookie Gulf Coast League and single-A Madison. He went 3-5 with an 8.23 ERA over 13 outings, 10 starts. He also got a game at AAA Tacoma.

That July, Garcia was sent to the Indians with another player for Brook Jacoby. He finished the year at AA Canton-Akron, getting just four more starts. His 1992 season was spent at high-A. He picked up a win in August for Kinston, giving up three hits and striking out 14.

Garcia continued with the Indians through 1994, playing largely at Canton-Akron. He made news in September 1993 when he got sprayed by a skunk.