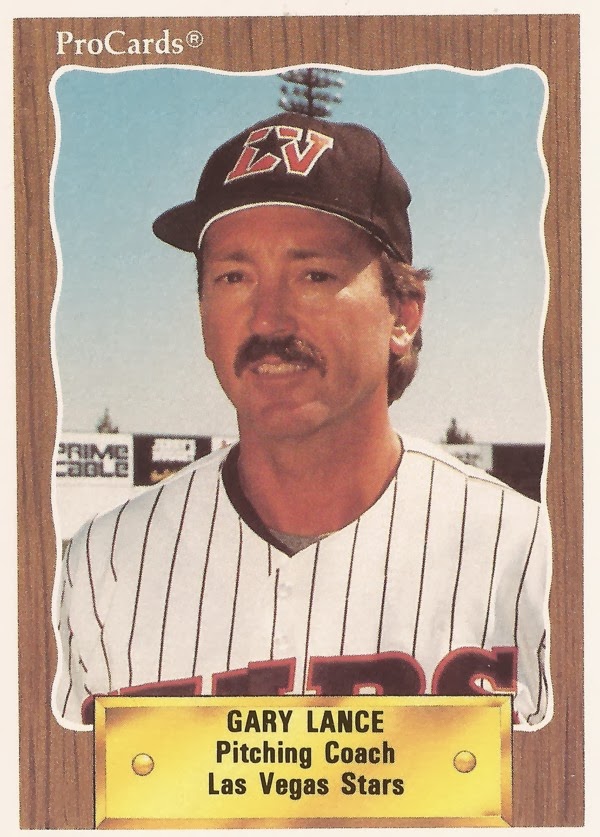 It was the kind of game where all Charleston pitching coach Gary Lance could do was just throw his hands up and move on.

Charleston's pitchers had largely gotten the job done earlier in that June 1988 game. In the ninth, though, they lost the game, according to The Charleston News and Courier.

"He didn't do anything differently in the ninth inning, but some of the weak hit balls that were outs before found holes," Lance told The News and Courier. "That's baseball."

By then, Lance had been dealing with nights like that for more than a decade and a half, both as a coach and as a player. He also continued dealing with them for two decades more.

As a player, dealt with one of those nights, or at least a night, in the majors. Lance made the majors in 1977 for a single game, two innings, picking up a loss.

Lance's career in baseball began in 1971, signed by the Royals as an amateur free agent out of the University of South Carolina.

In that one game with the Royals, Lance came in to start the ninth inning, in a 5-5 game against the Athletics. He held Oakland in the ninth. A single, sacrifice and a single in the 10th, though, and Lance picked up the loss in what would become his only major league appearance.

Lance continued as player into 1980, moving to the Mariners system for 1979. But he never made it back to the bigs.

By 1984, Lance had started his coaching career, serving as pitching coach at single-A Madison. By 1988, Lance was with the Padres, at Charleston. By 1990, he was back at AAA, at Las Vegas.

In 1992, Lance served as pitching coach at single-A Albany, in the Expos system. In one May game, Lance saw another one of those games, with his Polecat pitchers giving up runs late.

"We just made a few mental errors and that was enough," Lance told The Albany Herald afterward. "It was one of those games where it was a shame anybody had to lose."

By 1993, Lance was back with the team that brought him to the majors, the Royals, staying with them as a pitching coach in the minors through 1999. He spent his last two seasons there as pitching coach at AAA Omaha.

Lance is last recorded as serving as a pitching coach in 2007, with the Padres at AAA Portland. He is not recorded in his coaching career as making the majors.

That May, serving with Portland, Lance watched his young pitcher Ryan Ketchner start slowly, but get it together as he went on.

"He rectified what he did in the first inning to cause the run," Lance told MadFriars.com. "He is not the type of pitcher who can pitch past a hitter. He righted the ship and kept us close."